You are here: Home / Benefits and Poverty / Capita faces fresh calls to be stripped of PIP contracts after documentary 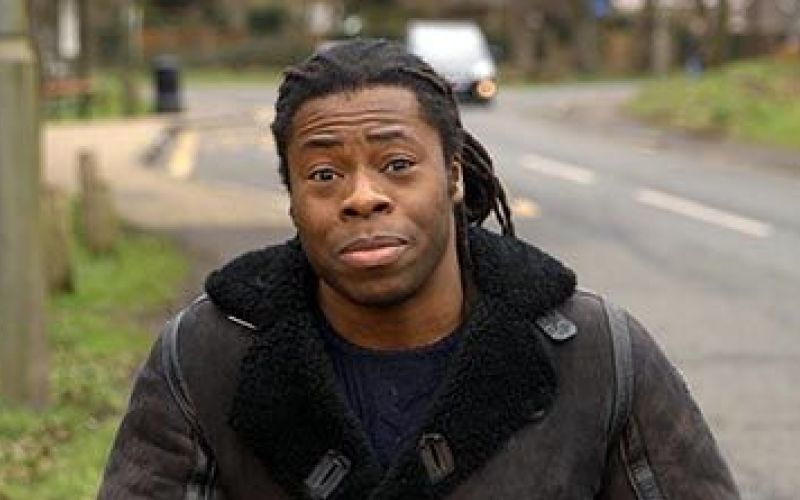 One of the three outsourcing giants that assesses people for their eligibility for disability benefits is facing calls for it to be stripped of its contract, after revelations in a Channel 4 documentary.

The Department for Work and Pensions (DWP) is investigating concerns raised by this week’s Dispatches, which saw an experienced mental health nurse, Noel Finn, go undercover to train as a personal independence payment (PIP) assessor with Capita.

Footage he supplied from a hidden camera showed Capita’s chief medical officer, Dr Richard Peters, telling him during his training that the company needed its assessors “to be doing as many assessments a day as you can possibly manage”.

Peters, who has previously worked for Maximus, another of the three outsourcing companies, also told Finn to “forget your mental health background and park it to one side” when carrying out assessments.

Finn then spent several days gaining experience alongside paramedic and PIP assessor Alan Barham, who Capita colleagues described as “the best of the best” when it came to assessing claimants.

Finn’s undercover footage showed Barham admitting that he sometimes completed his assessment reports before even meeting the claimants, telling Finn that he could usually “completely dismiss” what he was told by PIP claimants, and making offensive comments about an overweight claimant who was unable to carry out her own personal care.

Barham, who also runs his own first aid training company, boasted that in the early days of Capita’s PIP contract in 2013, he and other assessors were earning up to £20,000 a month, at a time when DWP was trying to clear an embarrassing backlog of claims.

Barham said that at the time, Capita – which provides assessments on behalf of DWP across central England and Wales – paid £80 an assessment for the first eight assessments completed every week, then £160 for each of the next six, and £300 for each further assessment.

He told Finn: “We were flying through them because of that money.”

His manager was also seen telling Finn that posters advising claimants that they could record their assessments had been removed from the assessment centre’s public area.

The documentary was directed and produced by the disabled journalist Richard Butchins, who was responsible in 2012 for Dispatches revelations about the work capability assessment contractor Atos Healthcare.

Linda Burnip, a co-founder of Disabled People Against Cuts (DPAC), repeated DPAC’s call for Capita to be stripped of its contract.

She said: “It only goes to reinforce what we’ve always known which is that neither Capita nor Atos are carrying out accurate assessments for people.

“When Barham said he did the assessments before seeing the person being assessed, that upholds what many have said about the assessment reports bearing no resemblance to their conditions or needs.”

John McArdle, co-founder of Black Triangle, said: “We have been campaigning for private companies to be stripped of having anything to do with the assessment of disabled people from the outset.

“It has become clear [from the documentary] that despite the government’s denials the companies do work to targets and appear to be subject to financial penalties [if they miss those targets]. One of them is lying.”

Caroline Richardson, from the Spartacus online campaigning network, said: “The situation demonstrated by Capita highlights one fundamental problem in the system; that there is no feedback mechanism on assessor performance.

“Their recommendations to the DWP should have a high degree of correlation with the final award.

“I’d consider this to be a key performance indicator (KPI), and the introduction of such a KPI could highlight assessors who are lacking in commitment to providing the excellence expected and required of them.”

PIP, which is gradually replacing working-age disability living allowance (DLA), has been mired in controversy, delays and backlogs ever since its launch in April 2013.

In January, a National Audit Office report showed that 36 per cent of Capita’s PIP assessment reports had failed to meet standards agreed with DWP, compared with the four per cent target set in its contract.

Disability News Service (DNS) began to report on delays and backlogs in the PIP system in late 2013, with some disabled people eventually having to wait more than a year just to be assessed.

In the summer of 2014, Capita launched a huge recruitment drive to cope with its backlogs, amid reports that it was offering staff up to £300 per test – four times the initial rates, and the same figure mentioned by Barham – and was encouraging them to carry out as many assessments as they could.

It then emerged, in January last year, that Capita was making an estimated 80 of its 400 assessors redundant. Five months later it was forced to recruit 90 more healthcare professionals.

And last summer, Capita’s reception staff were sent scripts telling them how to explain to benefit claimants why their appointments had been cancelled.

Weeks later, the company sent out a “very urgent” request for 90 more staff.

By noon today (14 April), Barham had not responded to a request for a comment from DNS.

A DWP spokeswoman said: “DWP is currently looking into some of the comments and issues raised during the programme.

“We will be working with Capita to investigate these issues and concerns.”

Asked about Dr Peters’ comment about “doing as many assessments a day as you can possibly manage”, she said: “Provider performance is measured across a range of service agreements, including quality, performance delivery targets and customer experience.

“Our expectation is that providers meet all of their targets including quality and volume.”

On his comment advising Finn to “forget your mental health background and park it to one side”, the spokeswoman said: “Health professionals are asked to adopt a holistic approach, assessing all the evidence available to them, including their own clinical knowledge to provide advice on the claimant’s level of function and ability across all assessment criteria.”

She added: “DWP demands the highest standards are delivered in terms of its contracted-out services and we are working with Capita to address the issues raised.

“As Capita stated in their response to Dispatches’ investigation, Alan Barham will no longer be working for Capita.”

On the payments Capita makes to its staff, she said: “The remuneration of Capita staff is a matter for Capita.”

Asked whether DWP would be looking again at all the assessments carried out by Barham, she said: “As outlined above, we are looking into the issues raised in the programme.

“Anybody who feels they have been treated unfairly, can ask for a mandatory reconsideration of their case. They can also appeal if they are not happy with their decision.”

Capita has refused to answer a series of questions from DNS about the programme’s revelations, including: what action it was taking; whether Barham mentored any other new assessors; whether other assessment centres had taken down the notices about recording assessments; whether Capita would change its system of paying assessors per assessment; whether the programme’s contents suggested a culture of disrespect within Capita; whether Capita would be looking again at all of the assessments carried out by Barham; what action it would be taking over Dr Peters’ comments; and whether Dr Peters’ comments accurately reflected the company’s policies and procedures.

Capita did say in a statement: “The comments and actions of this assessor clearly fall short of what we expect and are totally unacceptable.

“We are obviously appalled by and sincerely apologise for this individual’s disrespectful comments and actions.

“If individuals do not meet our expectations we will always take appropriate action. This assessor no longer works for Capita.

“We expect all of our assessors to undertake assessments as outlined by DWP and in line with our training.

“For all face-to-face assessments, the assessment report is never fully completed prior to a claimant attending their appointment with a disability assessor.

“At no point did the chief medical officer for [Capita’s] PIP contract ever suggest that assessments should be rushed, thereby compromising quality.

“His and Capita’s focus is on undertaking quality assessments in an efficient and professional manner as required by the DWP.

“All our assessments are completed according to the requirements set out by DWP.”

But Professor Peter Beresford, co-chair of the national service-user network Shaping our Lives, said Capita should have to answer all the questions posed by DNS “as a major international outsourcing organisation that expresses a commitment to quality, economy and good standards of practice”.

But he said “the real responsibility continues to lie with the Department for Work and Pensions”.

He added: “It is very difficult for it to maintain a view that the large-scale problems and failings identified in its application of welfare reform can merely be put down to isolated poor practice rather than a seriously defective and irresponsible policy approach.

“There needs to be an independent investigation of the failings identified in the programme as well as the wider failings they reflect.”