You are here: Home / Human Rights / Coronavirus: Anxiety and confusion over ‘dangerous’ move to ease shielding 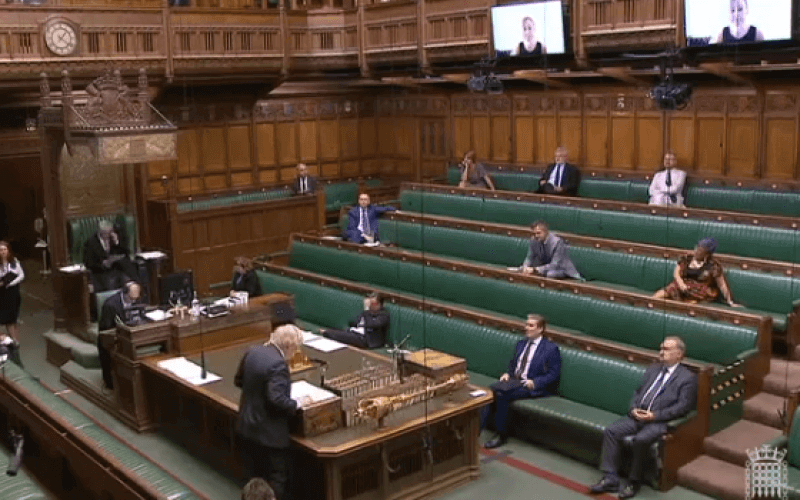 The government’s decision to further ease measures that have been protecting hundreds of thousands of disabled people from coronavirus since late March has left many of them “stunned and anxious”, say campaigners.

The 2.2 million people currently described as “clinically extremely vulnerable” have been told that initial changes, allowing them to spend time with more friends and family, will be introduced from Monday 6 July, while they will be able to stop shielding completely from the beginning of August.

The government’s shielding support package – including free deliveries of food boxes, and medicine deliveries by community pharmacies – will stop at the end of July, ministers said this week.

And those who were previously shielding and cannot work from home will also be told they can return to work from 1 August if that workplace is “COVID secure”.

But just as with the previous decision to ease guidance for shielders in late May, the government’s decision has been met by disabled people with distrust and concern, particularly as the prime minister also announced that the social distancing two-metre rule will be eased to just one metre from 4 July.

Fazilet Hadi, head of policy for Disability Rights UK, said many of those shielding had been left “stunned and anxious” by the government’s “one size fits all approach”.

She said: “For many, catching the virus could result in death or a serious diminishing of their quality of life.

“Why are people being asked to take this risk when we don’t have the evidence of the loosening of restrictions on the R rate [how infectious the virus is], or an effective test, trace and isolate service?”

She said the government had advised shielders they should still remain cautious because of the risk of severe illness, but at the same time was still reducing the social distance rule from two metres to one.

It is also removing the financial protection of statutory sick pay for those who cannot work from home, and removing free home deliveries of food parcels and medicines.

Hadi said: “Shielding has not been remotely comfortable for most people, but the one thing that it assured was the minimum risk of death from coronavirus.

“On the 1 August, people are being forced to choose between their life and their livelihood. This isn’t right.”

Vicky Foxcroft, Labour’s shadow minister for disabled people, who herself has been shielding at home during the pandemic, called for urgent clarity on the science behind the decision.

“Questions remain around the timing of this easement, especially while the government is considering reducing social distancing to one metre and opening society up further.”

She questioned the prime minister about the decision on Tuesday (pictured), asking if he would commit to improving communication with shielded and disabled people, and passing on the concerns of DR UK that support for shielded people was being removed too quickly.

Boris Johnson appeared to ignore the question, telling Foxcroft the government wanted a situation where the number of cases was so low that the shielding programme “no longer needs to continue in its current way”, and adding: “Too many elderly, vulnerable people have been kept in close confinement for too long, and we must help them to a new way out.”

The grassroots disabled people’s organisation Bristol Reclaiming Independent Living (BRIL) said it was “very concerned” that the government’s plans had been introduced “against scientific advice and without any consultation with disabled and chronically ill people”.

Its members have told BRIL that advising people to stop shielding while relaxing other measures was “dangerous”.

BRIL pointed to calls from health leaders to prepare for a second wave of COVID-19, and it said many disabled people would continue to shield despite the government’s announcement.

A BRIL spokesperson said: “Disabled and chronically ill people – both those on the official list advised to shield and those who have been left off – have been forgotten.”

One BRIL member said: “I can’t understand how they can be changing everything all at once.

“The government’s priority seems to be getting people shopping, stopping sick pay and forcing people back into work, regardless of whether it is safe or not.

“The messages seem to be: ‘Tough it out – stop being wimps.’ It’s just cruel.

“Shielders are now being constructed as ‘cowards’ hiding from a ‘non-existent’ threat.”

Another member said: “It seems that regulations have been downgraded to ‘advice’.

“The government are washing their hands of any responsibility.”

Beth Richards, a researcher and actor with learning difficulties, said she had found government guidance complicated, and was disappointed that making information accessible had been left to charities and self-advocacy groups.

She said: “It’s like they don’t care about us.”

Disability Labour said the government’s decision was “extremely concerning” and showed again that “profit is being put before people”, adding: “Talking to our members, it seems that very many will not be altering their current habits and only going out when absolutely necessary.”

It pointed out that the virus was still “entrenched” in the UK and was still killing people, while there have been outbreaks in the meat processing industry, with the NHS in at least one region reportedly preparing for a second wave more than double the size of the first.

It warned that many people were disregarding advice to wear masks, and many disabled people cannot wear masks for impairment-related reasons.

It also warned of the “huge pressure” on disabled people to return to work, with concerns that those too much at risk from COVID-19 could be sacked or made redundant.

Kathy Bole, co-chair of Disability Labour, said: “Disabled people should be trusting the doctors and the scientists – not this government.”

Her co-chair, Fran Springfield, said: “I worry for those people who have been relying on food parcels being delivered; they will be forced out to shop and fend for themselves.

“As a nurse, I’m concerned that there is no news of a vaccine yet. Once that’s available and I’ve had my jab, then I’ll feel safe to go out again, in the way I did before lockdown.

“I don’t feel safe now and these latest announcements haven’t changed that.”

Disabled campaigner and retired Paralympian Chris Channon, who is on the “extremely clinically vulnerable” list, said he found the announcement “confusing”.

He said: “If we were considered vulnerable to the virus at the beginning of the crisis then we’re still very much vulnerable to it now.

“The truth is that the government now considers the rate of transmission is low enough to end the lockdown which obviously takes the pressure off the exchequer and the country can start functioning again.

“But again, the risk is still there and still very real and will continue to be so until an effective vaccine is developed and made available.”

Disabled campaigner Fleur Perry, who has also been shielding, said: “When we get to August, I’m going to look at the local and national data myself before making any decisions, and will probably err on the side of caution.

“There does seem to be a lack of guidance which acknowledges those who need personal assistants or other forms of support.

“I have a team of more than five people who assist me with care needs 24/7 – does this mean I can safely meet with another five people? Probably not.

“I am concerned that there will be times when I’m expected to go everywhere and will need to explain that though shielding has ended, that doesn’t mean that the risk is zero and that I intend to take every precaution. But it’s got to be safety first, always.”

The disabled people’s organisation Disability North called for more reassurance for those who have been shielding.

Vici Richardson, Disability North’s community care and personalisation advisor, said: “We heard very clearly from the chief medical officer and scientific officer that the virus hasn’t gone away and there still needs to be caution.

“Many of those who have been shielding are understandably anxious about support being withdrawn and the shielding scheme being paused whilst we are still at a level three [pandemic alert level].

“We want to see understanding from employers and an assurance that workplaces will be COVID-19 secure and wherever possible people can remain working from home.

“There needs to be more transparent communication for those shielding on what happens if there are local spikes or a second wave.

“Support will need to continue until people feel ready and assured.

“We would urge anyone in this group to speak with the professionals involved with their medical care and get their advice.”

From 6 July, ministers believe that those who have been shielding will be able to spend time outdoors in a group of up to six people, while maintaining social distancing.

Those who are shielding and live alone or are single parents with children will also be able to mix with one other household, in any setting, from 6 July.

Although some support will be still be available – including priority for supermarket delivery slots and support from NHS volunteers and local councils – free deliveries of food boxes and medicine will stop at the end of July.

Ministers also say that those who have been shielding will be able to take part in activities like visiting shops and places of worship from August.

Although they will be told they should still continue to remain at home as much as possible, minimise contact with others outside their household, and frequently wash their hands, ministers say infections are now low enough for their advice for shielders to be “carefully and safely eased”.

On average, fewer than one in 1,700 people are estimated to have the virus, down from one in 500 four weeks ago, they said.

Health and social care secretary Matt Hancock said that “with infection rates continuing to fall in our communities, our medical experts have advised that we can now ease some of these measures, while keeping people safe”.

Dr Jenny Harries, the deputy chief medical officer, said: “The prevalence of the virus in the community is now lower and chances of getting infected are reduced, so we believe it is the right time to relax some of the advice so people can start to regain a degree of normality once more in their daily lives.

“People should continue to follow social distancing guidance when outside their homes, as well as frequently washing their hands, to minimise the risk of becoming infected.

“We will continue to monitor the evidence closely and adjust the advice accordingly if there are any changes in the rates of infection that could impact on this group.”