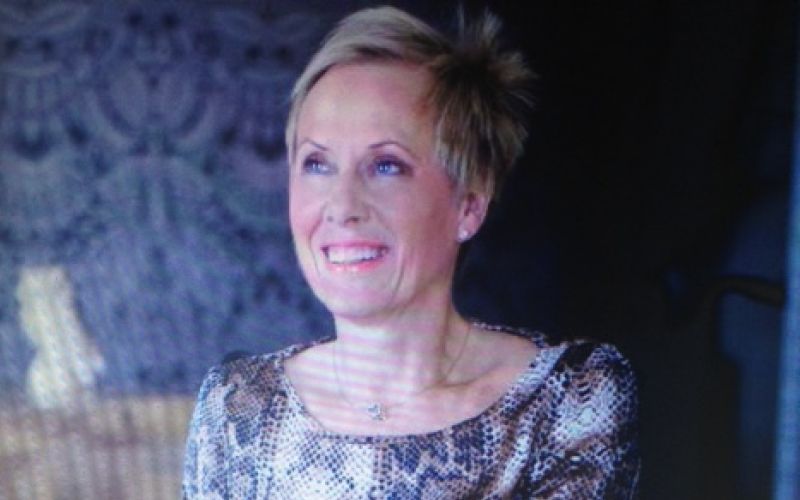 The disabled head of a disability charity has been criticised by the charities watchdog after a full-page photograph of her was used – with her permission – in the Conservative party’s election manifesto.

Ruth Owen, chief executive of Whizz-Kidz, is pictured in her wheelchair on page 44 of the manifesto, contravening strict rules on charities supporting particular political parties.

The charity – which supports young disabled people to access the right mobility equipment – has defended her actions, arguing that she was not named in the manifesto and was appearing only as an “anonymous” disabled person and not as a representative of Whizz-Kidz.

Owen was recognised with an OBE in the Queen’s birthday honours in 2012, but she insists that her appearance in the Tory manifesto (pictured) does not signify support for the party.

The Charity Commission has now spoken to Whizz-Kidz about the photograph, after the picture was drawn to its attention by Disability News Service.

A Charity Commission spokeswoman said: “The charity has explained that Ruth Owen agreed for her photograph to appear in the manifesto as a private individual, on the basis that her name would not be included, and the charity would not be named.

“We have advised the charity that, given the profile of Ruth Owen and of the charity, the inclusion of her photograph could potentially give rise to the impression that the charity has associated itself with or endorses a political party.

“That would run counter to our guidance on campaigning and political activity, which makes clear that a charity must not give its support to any one political party and trustees must ensure perceptions of their independence are not adversely affected.

“All charities must ensure that their independence is maintained, and perceptions of independence are not adversely affected.

“As charity regulator we expect charity trustees to take account of this fundamental requirement as a core part of their decision-making processes.

“We have sent the charity a reminder of our guidance and explained that this needs to be brought to the attention of the trustees.”

The case has parallels with an investigation carried out by the commission after the last election in 2010.

That complaint involved Debbie Scott, the chief executive of the employment charity Tomorrow’s People, whose full-page photograph – and comments – appeared in the Conservative manifesto.

A report published by the commission following its investigation warned other charities: “Contributing to an election manifesto or any party political publication would have the inevitable result of providing or encouraging support for a particular political party, or at the very least, the perception of doing so.

“As a charity cannot support or encourage support for any political party, the Commission is unable to see how a charity could demonstrate that it had sufficiently considered and managed all the risks arising from a decision to contribute to an election manifesto or party political publication.”

A Whizz-Kidz spokesman said that Owen appeared only as “an anonymous member of the public; a female wheelchair-user”.

He said: “When asked if she could have her photograph taken, it was under the assurance that neither her name, title, nor the organisation she works for would be cited. She was also informed she could keep the images for her own use.”

He said that Owen was “not endorsing the Conservative Party by appearing in the image, nor – as demonstrated by an absence of comment, quote or recognition of the charity – is Whizz-Kidz”.

He said Whizz-Kidz worked “across the political spectrum”, and in the last 12 months had presented a fundraising award to Ed Balls, Labour’s shadow chancellor, and was involved in a fundraiser at Everton Football Club for shadow health secretary Andy Burnham’s own fund-raising marathon.

He added: “In the past, we have sponsored the all-party parliamentary group for wheelchair reform, chaired by a Liberal Democrat MP; and we regularly hold fringe events at both the Labour and Conservative party conferences, as well as other parliamentary events with a range of MPs – giving disabled youngsters and their parents the chance to speak for themselves.”

Owen has so far failed to say whether she was aware of the Charity Commission rules governing such situations when she agreed to the picture, and whether she will apologise for her decision to appear in the manifesto. 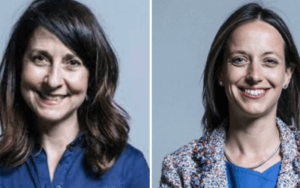