You are here: Home / Activism and Campaigning / Inquiry ‘lifts lid on can of worms’ that exposed RNIB service-users to harm and distress 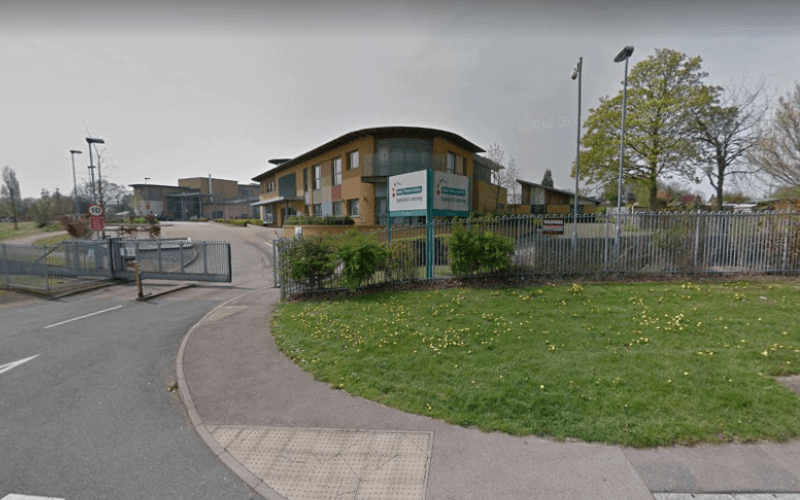 “Comprehensive failings” within one of the largest and best-known disability charities placed service-users at undue risk of harm and exposed some disabled children with high support needs to actual harm and distress, the charity regulator has concluded.

Royal National Institute of Blind People (RNIB) has been issued with an “official warning” by the Charity Commission, following the conclusion of a long-running inquiry that was launched in 2018 after safeguarding concerns were raised about RNIB Pears Centre, a segregated institution in Coventry.

The Charity Commission described its inquiry as “lifting a lid on a metaphorical can of worms”, which revealed “comprehensive failures in governance that placed the safety of young people in its care at risk and allowed harm or distress to be suffered by some”.

Helen Stephenson, the Charity Commission’s chief executive, said: “This is one of the worst examples we have uncovered of poor governance and oversight having a direct impact on vulnerable people.

“A catalogue of serious failings were allowed to occur, because the charity’s governance was simply too weak for the trustees in charge of the charity to do the job that beneficiaries needed them to do.

“No child should ever be put at risk of harm, and this case is all the more troubling because it happened in the care of a charity.”

The inquiry concluded that there were “systemic shortcomings” at RNIB between 2015 and 2018, which were “exacerbated” by a major reorganisation in 2017.

These shortcomings related to the management of RNIB Pears Centre, safeguarding at RNIB’s network of social care and education services – which included other schools, a college and care homes – and broader corporate governance.

The commission concluded that some of RNIB’s service-users within its regulated services were “placed at undue risk of harm” and some “suffered harm or distress” and were “badly let down by RNIB”.

Unsuccessful attempts to turn round the Pears Centre led to RNIB spending £5.5 million of its reserves. The centre cost nearly £27 million to develop, with the inquiry estimating that it eventually cost RNIB £31 million.

The commission concluded that some of RNIB’s failings amounted to “misconduct” and “serious mismanagement”.

It has approved an action plan submitted by RNIB which includes a two-year “reconstruction programme”.

The RNIB Pears Centre, which closed in 2018, was both a special school and children’s home for disabled children.

The inquiry was launched in March 2018 in response to a series of safeguarding concerns at the centre.

Similar findings resulted from an independent review, which also found wider concerns about RNIB and further safeguarding concerns and medication errors at the Pears Centre.

The Charity Commission inquiry concluded that RNIB repeatedly failed to ensure that the Pears Centre complied with regulations, and then failed to respond effectively to concerns raised by both Ofsted and the Care Quality Commission.

It said these were exacerbated by the RNIB restructure in April 2017 and placed some of RNIB’s service-users at “undue risk” and amounted to “evidence of misconduct and/or mismanagement in the administration of a charity”.

Although the inquiry said RNIB had made some safeguarding improvements in the last two years, “further work remains to be done”.

The inquiry also uncovered 26 serious safeguarding incidents that had not been reported to regulators across its services between April 2017 and May 2018.

Because of poor record-keeping, there could have been even more such incidents that had not been reported to regulators, the commission concluded.

These “systemic inadequacies” could also have allowed some employees or ex-employees “to cause further potential harm” to RNIB service-users or others outside the charity.

The body set up by RNIB to oversee safeguarding was described as “wholly ineffective”, while the body set up to replace it met just twice between April 2017 and March 2018.

Matt Stringer, RNIB’s chief executive, who joined the charity last year, said: “We are truly sorry for the failings identified in this report, which represents the low point in our 152-year history.

“It is clear that we seriously let down children and their families, staff, volunteers, supporters and blind and partially sighted people who make up the RNIB community.

“We are sorry to every one of them.

“We fully accept the Charity Commission’s recommendations and the inquiry report acknowledges that we are making good progress in implementing them.

“We have made significant changes to RNIB and are continuing to embed improvements to ensure that these failings can never happen again.

“We are committed to emerging from this as a better, more determined, and more effective organisation.”

RNIB said it had overhauled its approach to safeguarding, strengthened its board, and made “key appointments” to its leadership team.

It is seeking new providers to take over its older people’s care homes, schools and college.

Picture of the Pears Centre: Google