You are here: Home / Independent Living / Fresh call for Labour to end its silence on care charging 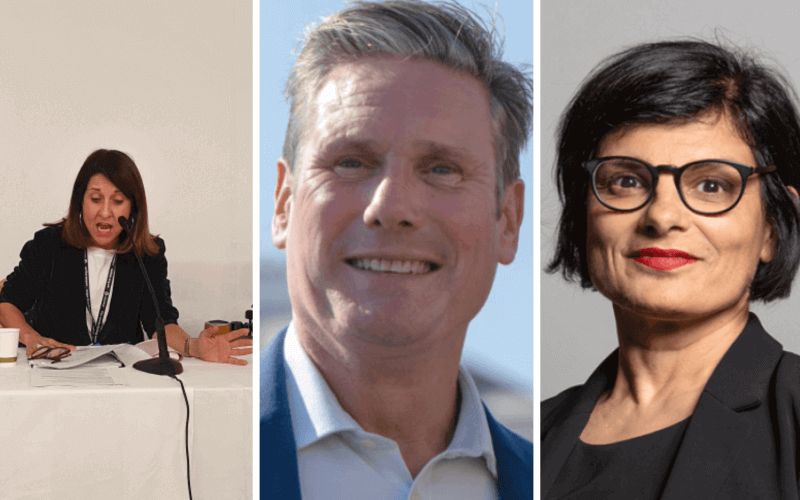 Labour has failed to explain how it would respond to the independent living crisis and calls for an end to care charging if it won power, despite its leader announcing a new “five-point plan for the transformation of social care”.

Keir Starmer’s speech this week, together with information released in the party’s “plan to learn to live well with COVID”, provided only a sketchy outline for how it would achieve this transformation.

The party spoke of a co-produced “10-year plan of investment and reform” in England, a focus on “prevention and early intervention”, guaranteeing working-age disabled adults “choice and control” over their support, and a principle of “home first” support, rather than residential care.

Starmer also pledged that a Labour government would “make sure that every older and disabled person who needs care and support can get it when and where they need it”.

But there were no details and there was again no mention of social care charges.

Starmer was silent on the repeated call from the disabled people’s movement for an end to all charging for social care, with many supporting the National Independent Living Support Service proposals put forward by the Reclaiming Our Futures Alliance (ROFA).

He had told Disability News Service (DNS) during his 2020 party leadership campaign that he backed the principles described in ROFA’s proposals, including free social care, funded by national and progressive taxation, and a universal right to independent living.

But since then, Labour’s shadow leader of the Commons, Thangam Debbonaire, has told female party members that introducing free social care for disabled and older people would just “give the Tories a stick to beat Labour with” and would cost more than the annual budget of the NHS.

And Liz Kendall, at the time the party’s shadow care minister, refused four times to say if she supported the idea of free social care, when questioned by DNS at a Labour conference fringe meeting.

Labour’s refusal to offer any policies on care charges comes as the Green party has positioned itself as the only major political party to support free social care for all adults who need it in England, following an “overwhelming” vote at its annual conference in October.

The government’s own social care reforms have been heavily criticised for continuing to limit the life chances of disabled people.

Its white paper, published last month, was attacked by disabled people’s organisations for saying nothing new about how the government planned to ensure adult social care in England was properly funded over the next decade.

Jon Abrams, campaigns and justice coordinator, for Inclusion London, said this week: “During the Labour party leadership campaign, Keir Starmer made a bold and radical step, backing the idea of free social care and a universal right to independent living.

“We now urge the Labour party to flesh out the detail – in partnership with Deaf and disabled people’s organisations – and lay out a blueprint for a social care system free at the point of need.

“In the meantime, we are calling on the leadership to end social care charges – a tax on disability – in Labour-led councils, causing so much hardship up and down the country which will only worsen in light of the cost-of-living crisis.”

He pointed to a news story last autumn that reported how a resident with breast cancer in Starmer’s north London constituency had been left with just £1.65 a day from her personal independent payment and employment and support allowance benefits because of the social care charges she was being asked to pay.

Abrams said: “In the upcoming health and care bill debate, we are calling on Labour peers to ensure the social care reforms protect everyone from catastrophic care costs.

“It is not right that people who need support to live a good life are often forced to choose between heating and eating.

“This is why we are supporting several amendments, including introducing a zero cap on care charges for people under 40.”

“But it’s been silence from him since then, while disabled people and their families battle to survive the intensifying social care crisis.

“Cheshire DPAC’s message to our would-be prime minister is this: Keir Starmer, we are experiencing a national emergency.

“Disabled people’s rights are being breached by rationing of care, entire care packages are being cut by providers, with a resulting risk to life, dignity and wellbeing that shames both central government and the local councillors – of all parties – who vote through social care cuts, care charge hikes, and the closure of respite homes.”

She said that the archbishop of Canterbury, Justin Welby, had backed universal, free social care, as had the Labour mayor of Greater Manchester, Andy Burnham, while Cheshire West and Chester Council was consulting disabled people’s organisations and leaders of Hammersmith and Fulham council – which has scrapped care charges – as part of its Commission on the Future of Adult Social Care.

Rowlands joined Inclusion London in calling on Labour peers to vote for amendment 234 to the health and care bill, currently at its committee stage in the Lords, which would see all disabled people entering the social care system at or under the age of 40 having their care costs capped permanently at £0.

Labour had not responded to requests to comment by noon today (Thursday).