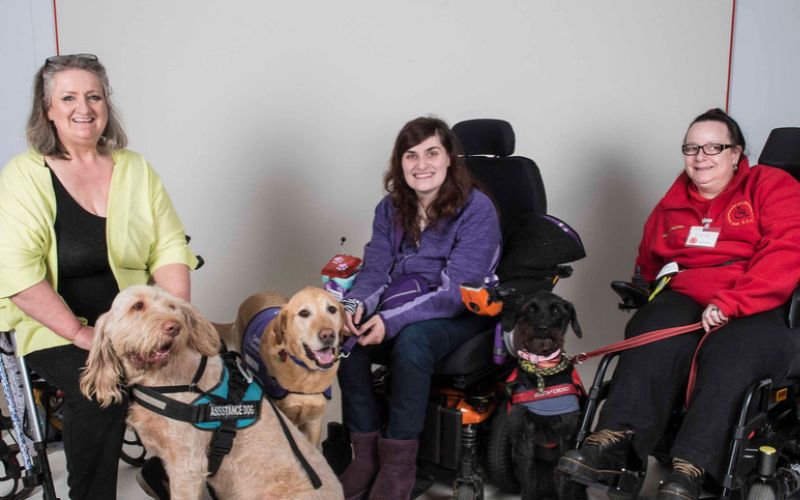 The government appears to be ignoring pleas to clamp down on significant areas of discrimination against disabled air passengers.

The concerns arose after the Department for Transport (DfT) issued a progress report on its new aviation strategy.

It included suggestions that it could “make flying more accessible for disabled passengers”, including improving assistance on planes and at airports, and “doing more to raise awareness of the assistance already provided at airports”.

The document says DfT is also working with the industry to offer better on-board facilities for disabled passengers, such as “priority wheelchair storage for quick access on arrival”.

Ministers are also examining how manufacturers could improve the design of aircraft to make them more accessible, for example by removing seats to allow passengers to travel in their own wheelchairs and ensuring that all aircraft install an accessible toilet and have an on-board wheelchair that can be used by passengers.

Another option being considered is a review of airport and airline performance standards, including looking at how long they take to provide disabled passengers with assistance boarding and leaving aircraft, and how these standards could be enforced.

This follows widespread media coverage of concerns raised by disabled passengers such as the BBC’s security correspondent, Frank Gardner, who was kept waiting on a plane for nearly two hours last month when he was told staff had lost his wheelchair.

He said on social media at the time that he was “utterly sick” of staff at Heathrow Airport repeatedly losing his wheelchair when he returned from foreign trips.

But other, less high-profile issues of discrimination by the airline industry have not been addressed in the progress report, and the government appears to have dismissed the need to consider them.

Last month, DNS reported how many disabled people were being prevented from taking their assistance dogs on commercial flights, because their dogs are owner-trained and have not been accredited by Assistance Dogs International (ADI) and the International Guide Dog Federation (IGDF).

Sharon Lawrence, who has been campaigning for three years to allow more assistance dogs to be allowed on flights from the UK, said the government’s suggested improvements were “very vague” and did not mention those disabled people with assistance dogs that had not been trained by organisations that are members of ADI and IGDF.

Lawrence, a member of a government working group that is looking at improving access for disabled people and their assistance dogs to all services, says she and her assistance dog Ottie are “prisoners within the UK” because of the refusal of airlines to accept dogs that are not registered by ADI and IGDF member organisations, such as Guide Dogs, Canine Partners and Dogs for Good.

She said: “I can fly from mainland Europe with my assistance dog, but I cannot do it from the UK or fly within the UK.

“The carriers just do not want us on their flights. Even dogs with a history of flying are not allowed.”

There are similar problems with Eurostar, so the only option is to cross the Channel by ferry and leave the assistance dog in the car during the journey, she said.

Lawrence said the only way to address the problem was for the government to introduce national regulations, based on the Equality Act concept of reasonable adjustments – with safety restrictions agreed with airlines – that would allow all assistance dogs on flights within the UK and those that leave the UK.

The government document has also ignored concerns of discrimination around the price of tickets for disabled passengers with personal assistants (PAs).

Last month, a disabled campaigner from Scotland, Rachael Monk, described how she was having to pay hundreds of pounds extra to fly to Canada to visit a friend because British Airways (BA) had refused to alter the name on a ticket she had bought for one of her PAs, after the PA quit her job and pulled out of the trip.

Monk said the government document was “a positive step” but she said that “more needs to be done about the costs involved for those requiring to travel with the assistance of PAs”.

She said: “It is very expensive to have to purchase full-price tickets for PAs when there is nothing a person can do about needing them.

“We are already penalised in this way before we even buy our tickets; surely concessionary rates could be introduced for PAs to reduce the costs.

“As for the name change scenario, that is something that definitely needs to be considered for people that may find themselves in a similar situation to myself.”

Monk has now been offered a refund by BA as a “goodwill gesture” to compensate for the extra ticket she had to buy at an inflated price, but only after her case – first reported by Disability News Service – was raised by the media.

She believes BA only caved in to the pressure after it learned that she would be appearing on a high-profile BBC news show.

But he said in a statement that the Civil Aviation Authority was working with airlines on ensuring “greater transparency” on “hidden charges that occur after a booking has been completed”.

He said: “Unlike pet dogs, recognised assistance dogs are permitted to travel with their owners in the cabin of the aircraft with UK, European and most international air carriers, who will provide floor space in an adjoining seat or across the bulkhead, usually at no additional charge.

“Airlines are entitled to ask for evidence that a guide or assistance dog is trained by a recognised training organisation.”

He added: “As there is a European regulation that provides a regime regarding disabled and passengers with restricted mobility in aviation, the Equality Act 2010 does not apply to aviation.

“We feel the current situation brings an international conformity to the regime.”

He said DfT officials would be meeting with industry representatives and “accessibility groups” in the next few months for further discussions on access to air travel ahead of the final aviation strategy green paper.

A BA spokeswoman refused to say why the company only offered to make the goodwill payment after learning that Monk was due to appear on the BBC; whether it would change its policy for other users of PAs in similar situations; or whether it would consider offering discounted tickets for those with PAs.

But BA said in a statement: “Over a million customers with disabilities choose to fly with us every year and we take our responsibilities to them seriously, aiming to make travel with us easier.

“To do this we continually review the needs of our customers and seek feedback from them and disability advisory groups.

“We offer a range of tickets including refundable options and always advise all customers to choose the product that meets their individual needs.

“In this instance Ms Monk​ encountered a number of changing circumstances and as a consequence we have offered her a full refund as a gesture of goodwill so that she is not out of pocket.”

The government is set to publish its inclusive transport strategy later this year, while its aviation strategy is due early in 2019.

Baroness Sugg, the aviation minister, said: “As part of our aviation strategy, we will be working to understand more about the barriers that currently exist for passengers with reduced mobility and disabilities, and working with the industry to remove these obstacles.”

Meanwhile, DfT has announced that disabled and older passengers in England will continue to enjoy free off-peak bus travel “for the forseeable future”.

The English National Concessionary Travel Scheme has been in operation since 2007, but the legislation behind it has now been amended so it no longer needs to be reviewed every five years.

But the Local Government Association (LGA) warned that it was “becoming impossible” for councils to pay £200 million a year to subsidise the scheme and that many local authorities were “being forced into taking difficult decisions to scale back services and review subsidised bus routes”.

Cllr Martin Tett, LGA’s transport spokesman, said: “The government must fully fund the free bus pass scheme or the most isolated members of our community could find themselves with a bus pass but no bus to use it on.”