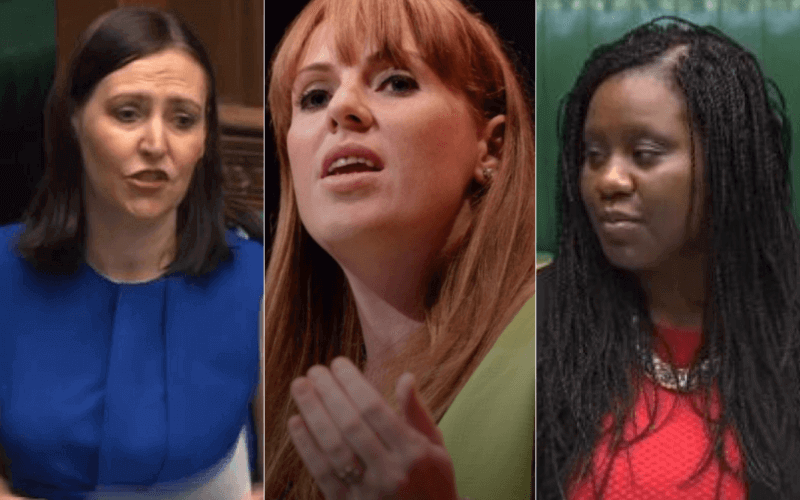 Labour’s shadow ministers for disability and equalities have refused to comment on the party’s continuing failure to address the discrimination faced by its own disabled members.

Both Vicky Foxcroft, the shadow minister for disabled people, and Marsha de Cordova, the shadow secretary of state for women and equalities, both stayed silent this week on Labour’s ongoing refusal to address the barriers faced by disabled party members.

Their silence came after Labour’s deputy leader, Angela Rayner, failed to explain what had happened to the promise she made 18 months ago to address the issue.

Rayner called in March 2020 for Labour to do more to ensure that “disabled people’s voices are heard in politics”, and she said that the party needed “to start by looking at ourselves”.

She spoke out as part of her successful campaign to secure the deputy leadership, saying: “We need to ensure that disabled people have full access, to ensure that there are no barriers for anyone.

“I want to start by taking an honest look at what we are doing and whether we are living up to our principles.”

Rayner wrote a report in late March 2020, which included more than 20 actions that the party should carry out so it could become “the most accessible it has ever been”.

These included ending the practice of holding constituency Labour party (CLP) meetings in inaccessible venues; providing training for CLP chairs on how to deal with discrimination; all CLP disability officers to themselves be disabled people; the appointment of a national disability officer with an allocated budget; and the party to provide resources to help disabled members with the disability-related costs of standing for election.

But Disability News Service (DNS) has been unable to find evidence of any of the actions being implemented after Rayner became deputy leader.

DNS has been reporting for several years on concerns raised by disabled Labour members about the barriers created by the party’s structures, policies and actions.

At the party’s last annual conference before the pandemic, in 2019, senior Labour figures were accused of discrimination and “oppression”, while the previous year a survey of disabled party activists revealed three-quarters of those questioned believed there was disability discrimination at all levels of the party.

Kathy Bole, co-chair of Disability Labour, said this week that there was little evidence of a “true commitment” within the Labour party to addressing the long-standing discrimination.

She said: “Disability Labour has been working with different areas of the Labour Party to improve access within the party.

“However, that being said, we have had little interaction with Angela Rayner or indeed with Keir Starmer about the commitments made to disabled members during their leadership campaigns.

“We have watched as programmes have been launched with little consultation and design in mind for disabled party members.

“Despite trying to remain positive that change will come, we are faced with having a face-to-face conference in Brighton [later this month], despite being told repeatedly we would not have conference there due to the general inaccessibility of the conference venue.”

She said Disability Labour feared that the financial problems facing the party would lead to many of the gains that had been made being lost.

Bole said: “We are still willing to work with the party, but we have seen little to show a true commitment.

“With the finances as they are, it seems inevitable we will not see the level of change which needs to come for disabled members.

“I urge the leaders in the party to meet with us to discuss the issues we have from ableist discrimination within the party.”

This week, DNS contacted both Vicky Foxcroft and Marsha de Cordova to ask them what action they and the party had taken to address the long-standing issues of discrimination within Labour.

Neither of them had responded by noon today (Thursday).