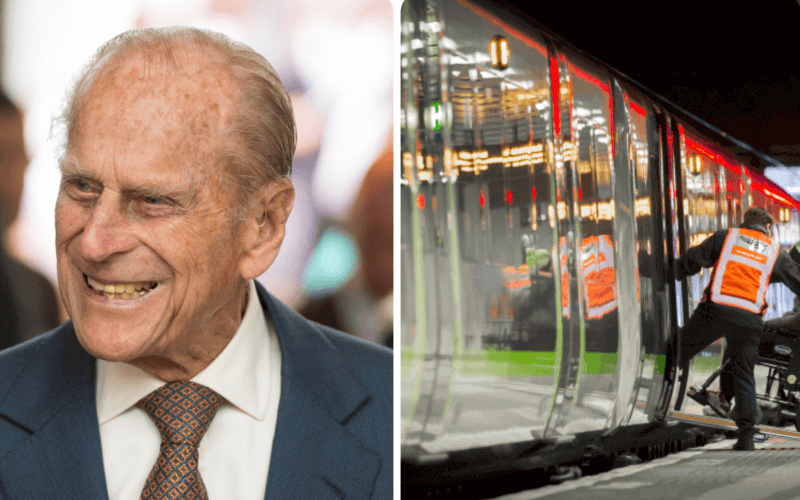 Rail companies have apologised after their blundering attempts to make a gesture of respect following the death of the Duke of Edinburgh left their national rail information website inaccessible to many disabled people.

National Rail Enquiries was just one of several rail industry websites that turned grey “as a mark of respect” following Prince Philip’s death.

The Rail Delivery Group (RDG), which runs the website, and represents the companies that run Britain’s railways, appears to have made the changes despite knowing that they would cause accessibility problems to some disabled people.

Among other rail industry organisations that made similar changes to their websites were Northern and Network Rail.

The blunders also came just three days after the rail regulator, the Office of Rail and Road, announced that its efforts had led train and station operators to improve the accessibility of their websites.

The changes caused anger and frustration among disabled people, particularly those who were no longer able to use vital rail websites.

National Rail Enquiries made the change on Friday and later announced that the website had been “set to grey while we are in the mourning period of Prince Phillip (sic)”.

Even the staff member running the National Rail Enquiries Twitter account admitted they were stumped by the changes, telling one frustrated user on Sunday that they did not believe there was a way to change it back to normal, but promising: “I will leave a note for someone to look at on Monday to see if there is.”

They then added that they too had been “struggling to read while it is coloured differently”.

Changes were made by RDG to address the access concerns on Monday morning.

An RDG spokesperson told Disability News Service (DNS) that it “went through an internal accessibility process” before turning the website grey, and that it was now “looking at how we address this in the future”.

But RDG has refused to confirm that it knew in advance that the changes would cause access problems for some disabled people.

In a statement, RDG said: “The National Rail Enquiries website was temporarily greyscaled as a mark of respect following the death of HRH Duke of Edinburgh.

“We listened to feedback about how people were using the website and made changes shortly after to make it more accessible to all our customers.

“We’re sorry for the inconvenience and we thank everyone for their feedback.

“We want to make the experience of using National Rail Enquiries better for everyone and we’re investing in modernising the website in line with the latest accessibility guidelines.”

A Network Rail spokesperson refused to explain how it had made the decision to turn its own website grey without apparently considering the impact on accessibility.

But a spokesperson said that “no decisions were taken deliberately or knowingly to make our website less accessible”.

He added: “We temporarily made our website greyscale as a mark of respect following the death of HRH The Duke of Edinburgh.

“We’ve been made aware this has caused problems for people accessing the content so it’s now back to its usual look.

“We’re sorry it’s caused issues and we thank everyone for their feedback.”

The National Federation of the Blind of the UK (NFB UK) was among disabled people’s organisations to criticise the rail industry’s actions this week.

Andrew Hodgson, NFB UK president, told DNS: “I realise that they wished to mark the passing of HRH Prince Philip, but this should not be at the expense of access, which is a human right.

“I would not say that this was deliberate discrimination, but I think this act showed ignorance of the consequences of their action.

“The effect is discriminatory and obviously little thought was given as to how these changes would affect vision impaired people.”

Leadbetter uses both magnification and screen-reading software and both methods were negatively affected by the greyscale.

With magnification, she relies on high contrast between the words and the screen, while her screen-reading software had struggled to recognise the words on the screen because of the lack of contrast.

She said: “I know the railway companies wanted to mark the passing of HRH Prince Philip, but the worst thing to do is to put a complete colour on the screen; as a visually-impaired person, I need contrast.

“This wasn’t well thought out. The railways and train companies could have thought of a better way of remembering Prince Philip.”

Transport for All, which campaigns for older and disabled people in London, told DNS: “The accessibility of information is vital for disabled passengers to plan and make journeys.

“This decision to turn these websites greyscale, making the information inaccessible, particularly to visually impaired people, was taken at the expense of accessibility – locking many disabled people out of vital services.

“This makes the case strongly for better disability equality training for all levels of staff: accessibility should never be a forgotten afterthought.”

There was also widespread anger and criticism of the move by disabled campaigners on social media.

One of the transport access campaigners to criticise the move to greyscale the National Rail Enquiries (NRE) website, who tweets at @squirrelpot, said: “Your website is there to serve the living, not the dead.”

He said the “disgraceful” move had made the website “inaccessible to loads of people with visual impairment. This is disgraceful! Please restore the colours immediately!”

Another, Tony Jennings, said it was “unbelievable” that RDG and NRE had not considered website accessibility before turning the websites greyscale.

And Doug Paulley said on Twitter that the Rail Delivery Group was “all mouth and no trousers”.

He said: “They lost the ability to actually DELIVER anything.

“So they have to do this sort of performative nonsense to gloss over their bureaucratic inertia and appear hip and with the times. They should be nationalised or abolished.”