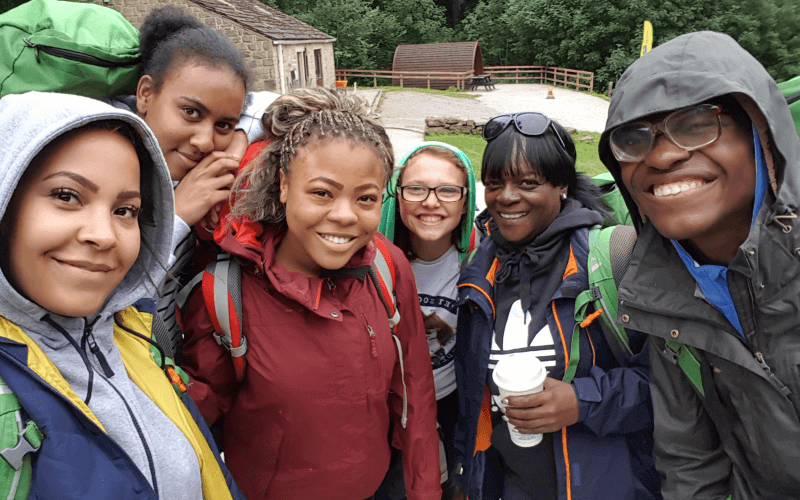 Health and social care secretary Matt Hancock has confirmed three years of funding that will help move people with learning difficulties and autistic people out of mental health hospitals and into homes in the community.

The £62 million (£20 million this year, followed by £21 million in 2021-22 and £21 million in 2022-23) was first announced last November in the Conservative party’s general election manifesto, and will be given to local authorities to set up community teams, fund accommodation and train staff.

The funding was confirmed as new figures showed the government was still struggling to fulfil its repeated promises to move people with learning difficulties and autistic people out of isolated, segregated hospital settings.

Meanwhile, a new oversight panel has been set up under the crossbench peer Baroness [Sheila] Hollins, a former president of the Royal College of Psychiatrists, to help prevent the use of restraint and seclusion in such settings.

Since last November, she has been overseeing independent case reviews for every person with learning difficulties and autistic person who has been identified as being in long-term segregation, to recommend how they can be moved to less restrictive settings.

The new panel will now consider the steps recommended by the reviews.

That announcement had come only four days after a report by parliament’s joint committee on human rights condemned the “horrific reality” of life for young people with learning difficulties and autistic people detained in mental health hospitals.

Meanwhile, the latest annual report from the Learning Disabilities Mortality Review (LeDeR) shows people with learning difficulties in England continue to die prematurely and from treatable causes of death.

The report shows most people with learning difficulties continue to die before reaching the age of 65, with just 37 per cent of deaths at or after the age of 65, compared with 85 per cent in the general population.

The government has confirmed it is creating more than 3,000 places in 35 new special free schools across England.

The schools are expected to open from September 2022.

Plans to open the new special schools were first announced in March 2019, although those plans were for 37 new schools.

The plans were greeted last year with anger by inclusive education campaigners, who condemned the opening of new segregated institutions in every part of England.

The original announcement came 18 months after the UN’s committee on the rights of persons with disabilities had been highly critical of the UK government’s record on inclusive education.

When the committee published its “concluding observations” on the progress the UK had made in implementing the UN Convention on the Rights of Persons with Disabilities in August 2017, it was highly critical of the UK government’s approach, and the “persistence of a dual education system” that segregates increasing numbers of disabled children in special schools.

The government has finally confirmed it will change the law to ensure that all new large public buildings in England – such as shopping centres, sports stadiums and cinema complexes – will have to include a Changing Places accessible toilet.

Changing Places toilets include facilities with extra space and equipment such as hoists and changing benches for disabled people who cannot use standard accessible toilets.

Ministers announced the planned changes to building regulations in May 2019, and launched a 10-week consultation, which ended 12 months ago.

Now, following the publication of the government’s response to the consultation, they have announced that the changes will finally come into effect, probably early next year.

It should mean Changing Places toilets added to more than 150 new buildings every year.

Paralympian Anne Wafula Strike, who helped campaign for the law change, welcomed the announcement and said it was “great news”.

The government has also confirmed a new £30 million fund that will help pay for Changing Places toilets in existing buildings, and which will open in the next few months.

And it has announced another £1.27 million to install 37 more Changing Places toilets at service stations across England.

This should mean that 87 of England’s 118 service stations will have a Changing Places toilet by “the early 2020s”.

Rail company LNER has been forced to sign a legal agreement with the Equality and Human Rights Commission (EHRC) to improve its services for disabled passengers.

The agreement came as a result of a legal case taken by a visually-impaired passenger who received “inadequate support and assistance” while travelling with LNER, which runs services between London and the north of England and Scotland.

The company will now have to improve its assisted travel service and update its accessibility and inclusion training to customer-facing staff.

EHRC warned other transport operators that it would “vigorously defend” the rights of disabled and older passengers to receive accessible services.

The case was part of an EHRC project to provide funding for disabled and older people to try to resolve complaints about discrimination on public transport, and to take legal action when those attempts fail.

Stephen Brookes, the minister for disabled people’s rail sector champion, said the case “shows clearly that train operating companies are still not keeping their collective eyes on the ball about pan disability matters”.

The government has hosted the first online meeting of its new Disabled People’s Organisations Forum, nearly four months after it announced it was being set up.

The Disability Unit said on 2 April that the forum would “bring the voices and expertise of disabled people into the heart of government policy making”.

The announcement of the first meeting came on Monday, just four days after Disability News Service revealed how the web page for the government’s new Disability Unit had been silent for more than three months during the pandemic, while more than 20,000 disabled people were dying from COVID-19.

The forum’s first meeting took place yesterday (Wednesday) and was chaired by the minister for disabled people, Justin Tomlinson.

The Sentencing Council has published a new document which, for the first time, will provide official guidelines to help magistrates and judges sentence offenders who have mental heath conditions, brain injuries or learning difficulties, or who are autistic.

The guidelines will come into force on 1 October across England and Wales.

Judge Rosa Dean, a member of the Sentencing Council, said: “At a time when courts are seeing increasing numbers of offenders with mental disorders, this guideline will be of real assistance in sentencing in this area where no formal guidance existed previously.

“The guideline will make sure that courts have the relevant information when sentencing offenders with mental disorders to make sure their rights and needs are balanced with protecting the public, and the right of victims and families to feel safe.”

The Sentencing Council is an independent body, chaired by the Lord Chief Justice, and is accountable to parliament.

The funding will be spread over five years.

Action on Disability (AoD) works with young disabled people aged 11 to 25 in south-west London and runs a weekly youth club, offers employment and benefits advice, and supports young people with volunteering and to access the Duke of Edinburgh’s Award.

AoD has had to focus on online support during the pandemic, but it will soon be able to launch its summer programme for young disabled people.

Tamara Stuiver, AoD’s youth progression co-ordinator, said: “If someone comes to our door aged 11, we hope by the time they leave us they will have the confidence to be able to live independently and the resilience to handle anything that life throws their way.

“This funding means they know they can continue to come along, be with, and grow with, their peers, in a safe space, and for all the young people we work with that’s a hugely important thing.”

The funding has come from City Bridge Trust, the charitable funder for the City of London Corporation.

Picture: Young people from Action On Disability and youth workers on a Duke of Edinburgh’s Award expedition