You are here: Home / Transport / Train companies set to be forced to act on rail replacement access after legal advice 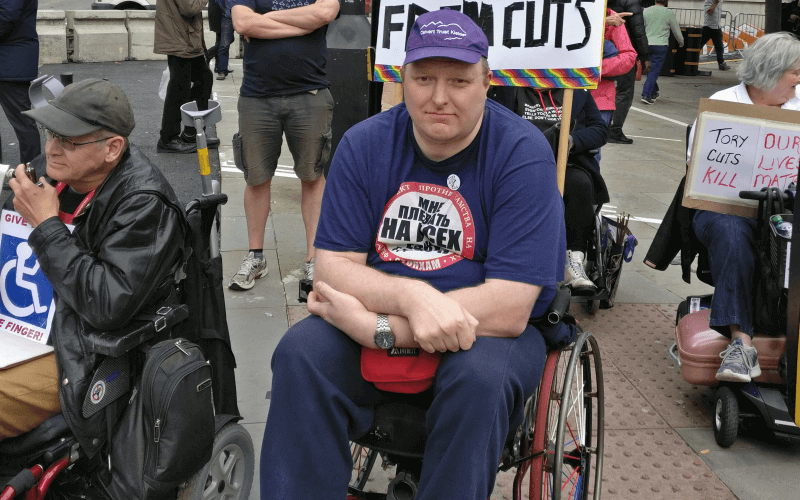 Train companies must ensure that nearly all their rail replacement vehicles are accessible to disabled people, or risk criminal prosecution, according to legal advice obtained by the rail regulator.

Train companies have reacted to the provisional legal advice by promising to comply with any new rules produced by the Office of Rail and Road (ORR) as a result of the advice.

ORR was forced to seek the legal advice after a legal threat issued by accessible transport campaigner Doug Paulley (pictured).

Paulley warned last year that he was considering taking legal action against a train company over the failure to ensure that its rail replacement vehicles were accessible, which he said “makes travel substantially more difficult for many disabled people”.

He believes that most of those vehicles should comply with the Public Service Vehicle Accessibility Regulations 2000 (PSVAR).

But when he read new accessible transport guidance issued to the industry by ORR in July, he realised that it fell far short of such a requirement, stating only that companies should make “reasonable endeavours to secure accessible rail replacement services and taxis”.

Paulley contacted solicitors at Deighton Pierce Glynn (DPG), who sent a legal letter to the regulator, which promised to seek its own legal advice.

Now ORR has published that legal advice from a barrister (PDF).

It states that, with a few minor exceptions, all rail replacement vehicles must be accessible, and the train companies, and the bus or coach providers, are at risk of criminal prosecution if they are not.

Paulley, who has been campaigning on the issue for years, says this advice goes well beyond what he and his solicitor from DPG, Louise Whitfield, were asking for.

They originally asked for train operating companies (TOCs) to ensure that all their rail replacement vehicles were fully accessible if used as a result of disruptions that were planned and reasonably foreseeable.

But ORR’s provisional legal advice says that even vehicles used as a result of unplanned disruption to rail services must be accessible, with a few exceptions.

Paulley said he was “delighted” with the advice but doubted whether there would be enough accessible buses or coaches for rail companies to hire, which would still put them at risk of prosecution for running inaccessible vehicles.

He also pointed out that TOCs had been breaking the law for more than 20 years, apparently without ORR and TOCs realising they were doing so.

He said: “A difficult situation they find themselves in, but I have little sympathy.

“If TOCs had made any significant effort to improve the accessibility of vehicles over the last 20 years, they wouldn’t be in this situation.

“Similarly, if they had complied with the law, which has been around for 20 years and had a staggered introduction to ease the transition.”

ORR has written this week to seek the views of the rail industry and other stakeholders on the provisional legal advice, before launching a new consultation on the issue later this month.

The Rail Delivery Group (RDG), which represents the companies that run Britain’s railway, promised that every replacement vehicle would comply with ORR regulations, although these vehicles could be buses, minibuses or taxis.

It said the legal advice “fits within our plan to make the railway more accessible to more people and ensure compliant replacement vehicles are in place during improvement work”.

Dominic Lund-Conlon, RDG’s head of accessibility and inclusion, said: “We always want people to have smooth journeys and train companies work closely with other transport operators during planned improvement work to meet the needs of passengers.

“We will ensure that people with accessibility needs can continue their journey in a vehicle that complies with the latest regulations, which could be a coach, minibus or taxi, depending on availability and the number of other people travelling.”

A Department for Transport spokesperson said: “We will consider responding to the consultation once it is published as we don’t want to pre-empt our response.”