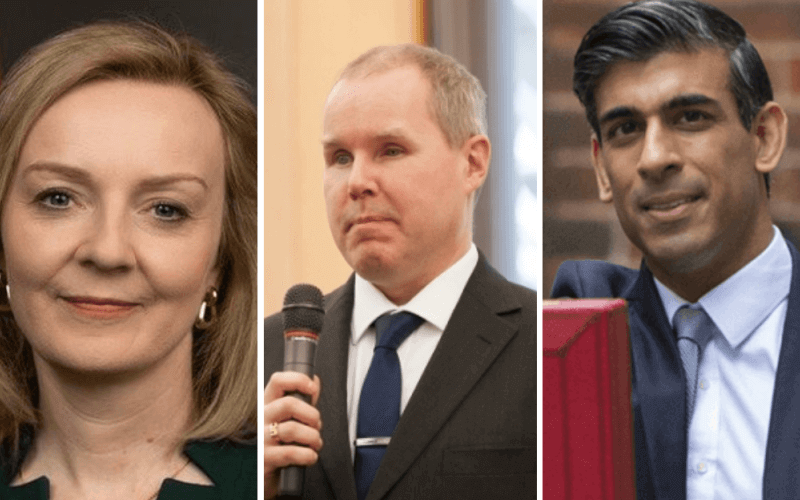 The two Conservative candidates to be the next prime minister are both refusing to face questions at an event organised by disabled members of their own party.

They will each instead send MPs to answer questions on their behalf.

If they had attended, they would be certain to be asked what action they would take to support disabled people through the cost-of-living crisis.

Disabled people’s organisations warned this week that the crisis could lead to avoidable deaths this winter if not addressed by the next prime minister (see separate story).

Truss is sending Chloe Smith, the minister for disabled people, to answer questions from CDG members tomorrow (Friday), while Sunak will be sending disgraced former health and social care secretary Matt Hancock to speak for him a week later, on 26 August.

Only last week, Disability News Service (DNS) reported how both Truss and Sunak had refused to answer questions about their disability policies, despite repeated requests.

Among the questions they refused to answer were how they would improve the lives of disabled people if they won the leadership contest, and what they believed was the greatest achievement of 12 years of Conservative-led government in improving the rights of disabled people.

But it also emerged this week that both Truss and Sunak have failed to respond to a letter from more than 50 disability charities that called on them to ensure they put disabled people at the heart of any government plans to address the cost-of-living crisis.

Barry Ginley, CDG’s chair, told DNS in a statement yesterday: “We are comfortable with the calibre of candidates that [will] speak to us at the hustings.

“Ideally, we would like both candidates to come and speak to us and we are still hoping that that may be able to happen.

“This is something that we are going to be pushing and ensuring it gets [fed back from] the hustings.”

Ginley pointed out that he had written to each candidate this week, outlining issues raised by CDG which its members would like the next prime minister “to have particular focus on”.

These include employment, education, accessible transport – including “removing the barriers to travel created by the Brexit Agreement” – and extra support for disabled people facing rising bills.

He also called in his letter for the next prime minister to overturn the government’s decision not to implement the recommendation from the Grenfell Tower Inquiry to introduce personal emergency evacuation plans (PEEPs) for all disabled people living in high-rise flats who may find it difficult to self-evacuate.

Karim Sacoor, CDG’s deputy president, told DNS yesterday: “I am very comfortable that they have sent somebody.

“They are speaking on behalf of the candidates, so they can answer whatever questions they want.”

He said he had not been involved in the preparations for the hustings as he had been travelling, but he added: “They are sending somebody who knows about disability issues.”

“The leadership candidates need to engage with disabled people, including their own activists, if they are serious about improving their lives and helping them deal with the daily pressures.

“It’s sad to see that both Liz Truss and Rishi Sunak are unwilling to do this.

“It certainly does not send the right message to disabled people who are already struggling with the cost-of-living, which is only set to get worse.”

A CDG spokesperson told DNS on Twitter yesterday that both candidates had “sent their ambassadors and said they will come in person later if they can”.