You are here: Home / Arts, Culture and Sport / Watchdog writes to Man Utd after stewards confiscate walking aids from fans 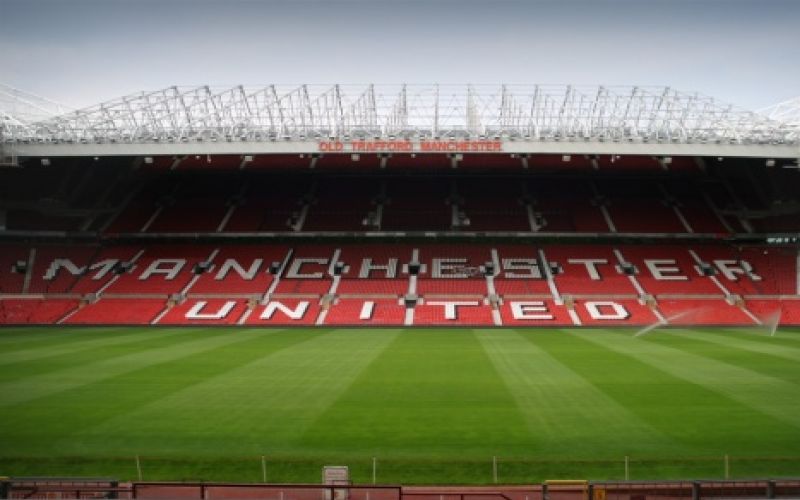 The Equality and Human Rights Commission (EHRC) is to write to Manchester United and football’s Premier League after Disability News Service (DNS) passed on concerns that disabled fans had had their mobility aids confiscated by stewards.

Staff at Manchester United’s Old Trafford ground tried to stop several Arsenal fans – including one supporter in his 80s – from taking their seats because they were using walking sticks, which stewards claimed could be used as weapons.

They were visiting Britain’s richest football club to watch what was billed as one of the biggest matches of the season, on 17 May.

The stewards told the London club’s disabled supporters that they would not be allowed to watch the match because they had not alerted the club about their equipment in advance.

They claimed the fans could also pose a health and safety risk in the event of a stadium evacuation.

The disabled supporters were only allowed into the stadium to take their seats after the intervention of an officer from Greater Manchester police.

But after they had been escorted to their seats, their sticks were confiscated and held by stewards until the end of the match, on 17 May.

After DNS asked the EHRC to comment, it said today (Friday) that it was writing urgently to both Manchester United and the Premier League to raise concerns about the treatment of disabled fans. It warned that it had not ruled out legal action.

A police spokesman confirmed the incident had taken place and that the Arsenal fans had only been allowed into the stadium after the officer called the stadium control room to seek clarification of the ground regulations.

The spokesman said: “He was told if able, the supporters could use their walking aids to reach their seats and these would then be stored by stewards throughout the game and returned post match.”

Manchester Utd has been repeatedly criticised for failing to provide the recommended number of spaces for wheelchair-users at Old Trafford.

It admitted last August that it only had 120 wheelchair spaces, when official guidance states that there should be at least 280.

A Manchester Utd spokesman said: “Our club policy is to encourage any supporters who require the use of crutches or a walking aid to contact the club in advance to ensure each case is adequately risk assessed and that we can ensure safe evacuation in the event of emergency.

“On some rare occasions, we have also experienced such devices being used as weapons.

“Where supporters arrive without having pre-notified us of the need for such devices, our stewarding team performs a dynamic risk assessment which usually involves finding a solution to accompany the supporter to their seat and storing the walking device during the game.

“At the game in question, a significant number of visiting supporters who had not pre-notified the club arrived with walking devices.

“Therefore the above system was put into place. No person was refused entry to the stadium.”

When asked whether the club would be apologising to the disabled fans, and whether it was concerned that it might have breached the Equality Act, the spokesman refused to comment further.

Speaking before the news emerged of the EHRC’s action, a spokesperson for Level Playing Field (LPF), the user-led organisation that works to improve access to sporting venues, said: “Manchester United is, by all accounts, the only Premier League club with this policy.

“LPF would always advise clubs not to confiscate walking aids (such as walking sticks or crutches) from disabled fans and believes that such a practice may even be deemed as discriminatory.”

Rebecca Hilsenrath, chief legal officer at the EHRC, told DNS: “Over the past months, we have received a number of complaints about provision for disabled fans at the Premier League.

“This has included discriminatory policies that prevent disabled fans having the same opportunities to attend football matches as non-disabled people.

“Complaints have been about disabled fans being prevented from obtaining season tickets, a lack of adequate space for wheelchair-users, and problems for families with young disabled children being unable to sit together to enjoy a game.

“Some of the most recent complaints have concerned Manchester United and the removal of walking aids from disabled away fans.

“We are writing to both the Premier League and to Manchester United today to seek urgent assurances that disabled fans will be treated fairly and equally as the law requires.

“We are also seeking urgent meetings with them to clear up the issues which have been identified and agree commitments to early progress.”

She added: “Premier League clubs have a legal duty under the Equality Act 2010 to ensure reasonable adjustment for disabled fans and to make sure they do not discriminate against them in the provision of goods and services.

“While our preference is always to work with organisations to avoid costly legal proceedings, all options remain on the table because disabled fans deserve better.”

A spokeswoman for the Sports Grounds Safety Authority (SGSA) said: “We can’t comment on specific incidents at clubs as we don’t know the facts.”

But she added: “The SGSA believes disabled fans should be able to support their team and have access into sports grounds.”

She said the authority did not have the regulatory powers to take action against a club for anything other than breaching the rule that Premier League and Championship clubs have to be all-seater stadiums.

She added: “The SGSA’s aim is to ensure the safety of all spectators at sports grounds. We strongly promote accessibility at sports grounds and have created guidance that sets out the standards for accessible provision at stadiums.

“We are working with our partners at the Department for Culture Media and Sport and Level Playing Field to promote the importance of accessibility at sports grounds.

“We use our influence on safety advisory groups to promote accessibility and any other issues that we think need to be improved.”

But she added: “As it currently stands, it is down to the individual to take action against a club if they feel they have been discriminated against.”

An Arsenal spokesman said: “We are sorry to hear of the difficulties experienced by our disabled supporters and will be working closely with our travelling fans to avoid any similar situations next season.”