You are here: Home / Transport / Wheelchair taxi rules will finally come into force… after 20 years 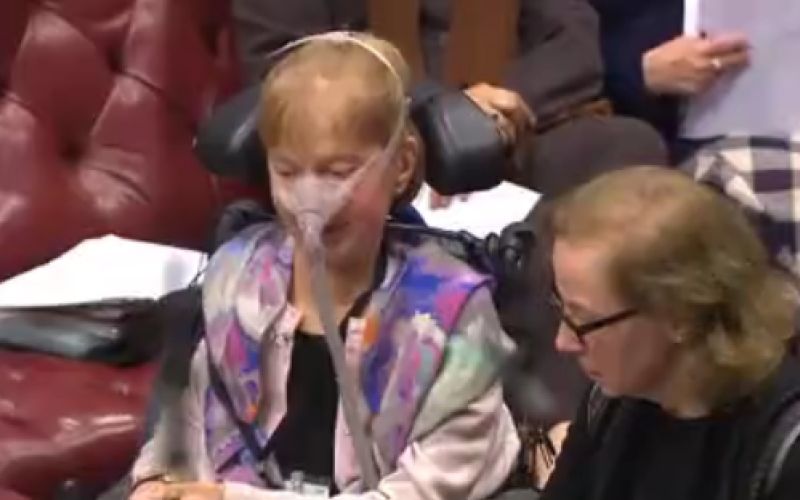 A report by peers on the impact of equality legislation on disabled people appears to have secured its first success after the government agreed to bring into force taxi regulations – 20 years after they were first included in legislation.

The regulations will mean that taxi-drivers can no longer refuse to accept wheelchair-users, and will forbid them from charging them extra for a journey.

Successive Conservative, Labour and coalition governments have refused to bring the measures into force, since they were included in the Disability Discrimination Act 1995, and then incorporated into the Equality Act 2010.

But transport minister Andrew Jones has now said that sections 165 and 167 of the Equality Act 2010 will come into force this year, which he said will “impose duties on the driver of a taxi to accept and assist a wheelchair-user and not to charge extra for doing so”.

The government’s low-key announcement, during a debate on taxi licensing regulations, appears to be the first success to follow the work of the House of Lords’ Equality Act 2010 and disability committee, which reported in March on how equality legislation affected disabled people.

The government had spoken in evidence to the committee about the “burden” on taxi drivers of bringing the regulations into force.

But disabled campaigners had described the 20-year delay as indefensible, with Doug Paulley saying it had led to disabled people experiencing “significant barriers” in using taxis, while Transport for All reported how two-thirds of wheelchair-users said they had been refused a taxi.

The committee had concluded that the government’s excuses for failing to bring sections 165 and 167 into force were “entirely unconvincing” and that ministers “should be considering the burden on disabled people trying to take taxis, not the burden on taxi owners or drivers”.

Baroness [Celia] Thomas, the disabled Liberal Democrat peer whose idea it was to set up the Equality Act committee, welcomed the government’s announcement and said it was “not before time”.

She said: “It is almost certain that the only reason they have agreed to this now is because it was highlighted in the report of the Lords committee on the Equality Act and disability published in March.

“I hope they will also look at the other recommendations in the report, and act accordingly.”

Another committee member, the disabled crossbench peer Baroness [Jane] Campbell (pictured), also welcomed the government’s decision, and said she also believed it was a consequence of the committee’s report.

She said: “It has taken 20 years for respective governments to get round to this and I strongly suspect the current decision is a direct consequence of the House of Lords select committee recommendation to get on with it and do the right thing.

“I am proud to have been a member of this committee and look forward to progressive action on the other 54 recommendations.”

Paulley said the length of time it had taken for the regulations to be brought into force showed that successive governments “have held disabled people’s rights and experiences in contempt”.

And he said he feared the decision would make little difference to disabled people.

He said: “It’s scandalous that this hasn’t been commenced before, but then given that it’s been proven that the Equality Act is effectively unenforceable by anybody and that other regulations are roundly ignored, we’re basically reliant on the whim of the licensing authorities, which vary spectacularly in their commitment or otherwise to wheelchair accessibility in taxis.”

Lord [Chris] Holmes, the Equality and Human Rights Commission’s disability commissioner, said the government’s announcement was “long overdue” and would “finally give disabled people the right to travel by taxi on an equal basis”.

He said: “While this is a step in the right direction, there are still many provisions of the Equality Act which have not been brought into force.

“The commission will continue to press government to fulfil its responsibility to remove the barriers which hold disabled people back, and place accessibility at the top of its agenda.”