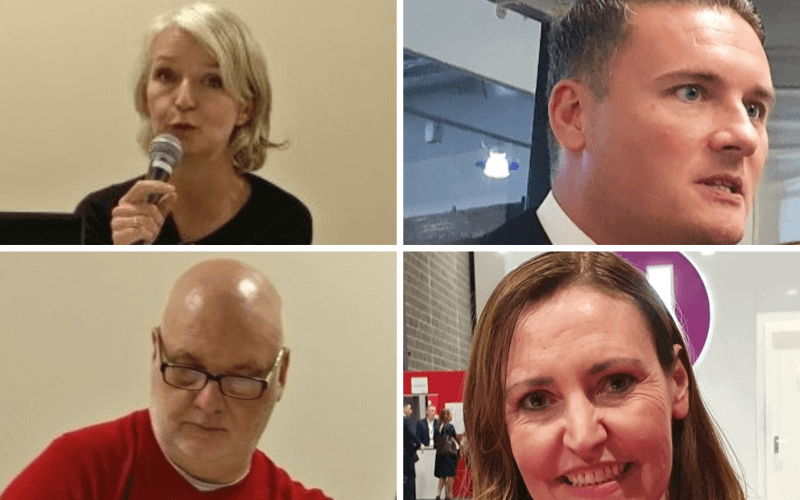 Disabled campaigners have dismissed Labour’s claim that a review of its adult social care policy is being co-produced with disabled people.

Despite promises from Labour that disabled people would work in partnership with the Fabian Society, the thinktank commissioned to carry out the review, Disability News Service (DNS) has been able to confirm that that has not happened.

Instead, the thinktank has been developing its own proposals, based on a brief provided by the party, and has merely been consulting with disabled people and their organisations.

There has been concern about the review since Labour announced its launch in July, with both the party and the left-of-centre thinktank refusing at the time to confirm that it would be co-produced.

But the shadow health and social care secretary Wes Streeting assured DNS at last month’s Labour conference in Liverpool that the review was being co-produced.

Vicky Foxcroft, Labour’s shadow minister for disabled people, also told DNS that Streeting had promised her it would be co-produced and that there had simply been “miscommunication” about the review.

Despite that pledge, the Fabian Society refused to confirm this week that its review was being co-produced.

After initially failing to respond to emails, it eventually said only that it was working with disabled people, disabled people’s organisations (DPOs) and disability charities “as we develop proposals”.

Part of its work, it said, was how a future National Care Service “should be co-designed by a future Labour government working with disabled people”.

It said that its call for evidence “received submissions from a number of organisations”, and that it recently met with the DPO Forum England, a group of many of the country’s leading disabled people’s organisations.

Asked again to confirm that its review was being co-produced with disabled people, and how that was being done, a spokesperson for the Fabian Society said: “We have nothing further to add at this time.”

Mark Harrison, a member of the steering group of Reclaiming Our Futures Alliance (ROFA), told DNS: “I was in the meeting with the Fabians and what is very clear is that the report they are producing is not going to be co-produced.”

Instead, he said, they were told that the thinktank would consult disabled people’s organisations alongside other “stakeholders”, likely to include private sector social care providers, local authorities and the big charities.

“It’s not co-production, it’s tokenistic consultation. They already know what they are going to do.

He said there was a stark contrast between Labour’s approach with the Fabians’ review and the approach to genuine co-production adopted by Labour-run Hammersmith and Fulham council, the only local authority in the UK so far that has scrapped social care charges, and – to a lesser extent – the approach taken by the Labour mayor of Greater Manchester, Andy Burnham.

Tracey Lazard, chief executive of Inclusion London, another member of the DPO Forum England, said: “We expect and hope that the Labour party will co-produce its National Care Service policy proposals with disabled people as required by the [UN Convention on the Rights of Persons with Disabilities].

“Real co-production is vital to ensuring policies are effective and meet needs, and no policy area requires co-production more than social care.

“Our social care system is broken and we must find a way to develop, together, a radically new service fit for the 21st century that makes independent living a reality for disabled people.

“This service has to be co-produced with disabled people.

“It needs to be meaningful, specific and it needs to start now, before vested interests and the same old thinking box us in.

“So far we have had some engagement with the Fabian Society on their report but this is not co-production.

“We now need both the Labour party and the Fabian Society to sit down with the DPO Forum as a matter of urgency to agree what co-production process we will all work to.”

A spokesperson for Cheshire Disabled People Against Cuts (CDPAC), which was also represented at the Fabian Society meeting, said Labour needed to “make fundamental improvements to its attitude towards the disabled electorate”, including a commitment to “the coproduction and implementation of policy that fully upholds disabled people’s rights”.

She said there was no mention by the Fabian Society researchers of Labour’s assurances that the review would be co-produced.

Instead, there was an “unequivocal commitment” to continuing care charging under a Labour government, which was described by the Fabians as part of a “mature” and “realistic” approach.

She said the message sent to the researchers by the forum was that low-income disabled people “are being driven into debt by local councils’ care charges”.

She said: “I’m not sure that Labour have actually grasped what co-production of policies actually means in reality.

“They seem to be looking for some very tame disabled people who will simply nod through their dire proposals for welfare policies and independent living.”

Labour has previously stated its commitment to co-producing social care policy, with Liz Kendall, its then shadow social care minister, telling a party conference event in September 2021 that a Labour government would not get reform right “unless the most important people, the people who use services and support, are actually driving and shaping… co-producing their services and support”.

That message was underlined by Foxcroft last month in Liverpool, when she told a fringe meeting: “We know when we get in that there’s a lot to change and it will take time in terms of all the stuff that’s been embedded, but we will co-produce with disabled people.”

Foxcroft failed to respond to messages about the review this week.

Streeting had also not commented by noon today (Thursday).

NILSS would provide a universal right to independent living that was “enshrined in law”, and would introduce free social care in England, funded by national and progressive taxation.

But Labour has since backed away from the idea of free social care, with the party’s shadow leader of the Commons, Thangam Debbonaire, telling female party members last year that introducing free social care for disabled and older people would just “give the Tories a stick to beat Labour with”.

Freedom of information requests submitted by campaigners have shown that tens of thousands of disabled people across the country are having debt collection action taken against them every year by their local authorities over unpaid care charges.

Meanwhile, in his annual review of adult social care in England, the Local Government and Social Care Ombudsman said this week that it was “seeing more cases where councils are failing to provide care, or are limiting care, while using cost as the justification”.

The ombudsman, Michael King, said: “The issues we are investigating are neither new nor surprising, but do indicate a system with a growing disconnect between the care to which people are entitled, and the ability of councils to meet those needs.

“We appreciate budgets are becoming increasingly stretched but authorities’ duties under the Care Act remain and we will continue to hold authorities to account for what they should be doing rather than what they can afford to do.”