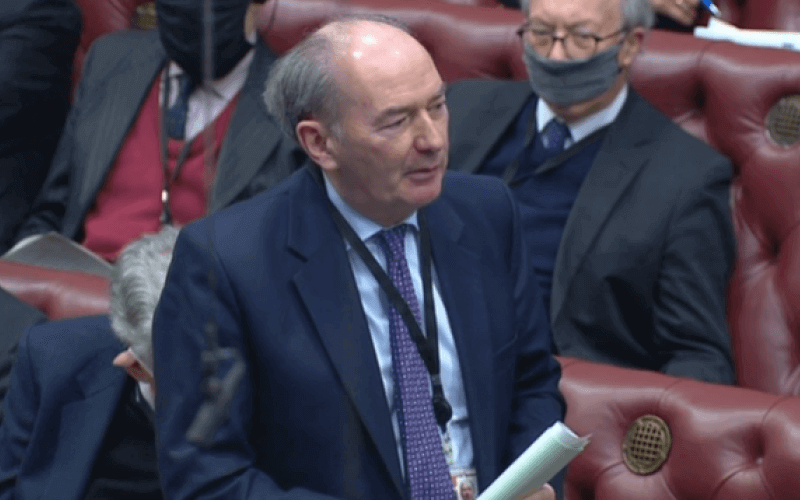 An attempt to legalise assisted suicide by hijacking the government’s heath and care bill has raised serious concerns among disabled activists.

The Conservative peer Lord Forsyth, a former secretary of state for Scotland, has tabled an amendment to the bill that could make legalised assisted suicide almost inevitable if it was passed by peers and MPs.

His amendment would force the health secretary to publish a bill that would “permit terminally ill, mentally competent adults legally to end their own lives with medical assistance”.

It follows an earlier amendment to the bill tabled by Baroness Meacher, chair of Dignity in Dying – the organisation which leads the campaign for legalisation – that some campaigners have said would ease the route towards legalisation.

Her amendment states that regulations in the health and care bill on patient choice must also apply to those with a diagnosis of terminal illness, and that NHS and other “relevant” bodies “must have regard to the needs and preferences recorded in such conversations” when deciding whether to provide services.

But despite last week declining to rule out the possibility that her amendment could have the effect of legalising assisted suicide, if it became law, Baroness Meacher this week denied that it would do so.

In an email sent to fellow peers on Monday, she insisted that her amendment “does not have the effect of legalising assisted dying but to strengthen and enhance the existing rights that dying people have already under existing laws”.

The organisation she chairs, Dignity in Dying (DiD), said that her amendment would improve patient choice at the end of life, “including improved access to existing care and treatment options and advance care planning”.

And it said that her amendment “solely concerns the options currently available under our existing laws around choice at the end of life and therefore does not relate to assisted dying, nor does it make any provisions for it in the future”.

But DiD said it did support Lord Forsyth’s amendment, which it said would “ensure that parliamentarians can examine the evidence on both sides of the argument in full and then vote according to their individual conscience, with the government remaining neutral on the question of whether or not the law should change”.

The disabled crossbench peer Baroness [Jane] Campbell, founder of Not Dead Yet UK (NDY UK), the leading organisation of disabled people campaigning against legalisation, said she was concerned about both amendments.

She said: “The chances of the government allowing these two tactical amendments to pave the way for assisted suicide legislation into the bill are very slim.

“So, I am not too concerned.

“However, it clearly indicates that there are a significant number of parliamentarians who are happy to utilise every parliamentary tactic in the book to further their deadly pursuit to legalise state sanctioned assisted suicide.

“We must be prepared to expose them at all times.”

Baroness Meacher’s own assisted dying bill, which would allow “competent adults who are terminally ill to be provided at their request with specified assistance to end their own life”, is awaiting its committee stage in the House of Lords.

Disabled people opposed to her bill have described it as “dangerous” and “incoherent” and have called on parliament to focus on ensuring disabled people have a right to live independently, before even considering legalisation of assisted suicide.

Picture: Lord Forsyth speaking in the House of Lords this week