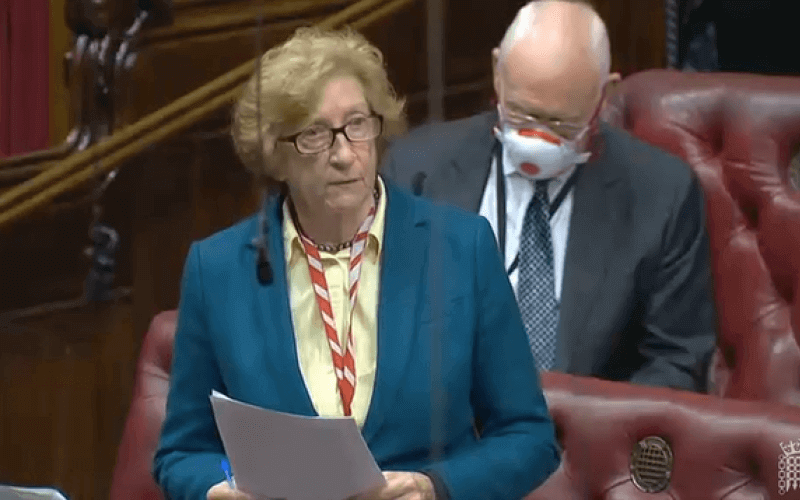 The crossbench peer leading parliamentary efforts to end the ban on assisted suicide appears to be trying to use the government’s health and care bill to make a parallel bid to introduce legalisation.

Baroness Meacher’s assisted dying bill is awaiting its committee stage in the House of Lords, following a debate that appeared to show peers split on the issue of legalisation.

Disabled people opposed to her bill have described it as “dangerous” and “incoherent” and have called on parliament to focus on ensuring disabled people have a right to live independently, before even considering legalisation of assisted suicide, while warning that the bill adds to the “distorted view” that many have of disabled people’s lives.

But Baroness Meacher has now lodged an amendment to the government’s health and care bill in what appears to be a second, separate attempt to secure legalisation.

Her amendment states that regulations in the health and care bill on patient choice must also apply to those with a diagnosis of terminal illness, or to “another relevant person” if the terminally-ill person lacks capacity for such a conversation.

The amendment also states that NHS and other “relevant” bodies “must have regard to the needs and preferences recorded in such conversations” when making decisions on whether to provide them with services.

Baroness Meacher had told fellow peers in a debate on the health and care bill on 7 December (pictured): “Crucial to high-quality palliative care is the patient’s right to choose at the very end of life, and the bill needs to play its part in this area – we cannot afford not to.”

Soon afterwards, she lodged her proposed amendment to the bill.

Some commentators have suggested that this amendment would allow the legalisation of assisted suicide, even if her assisted dying bill fails to become law.

Baroness Meacher, a former social worker, is chair of the campaigning organisation Dignity in Dying, formerly known as the Voluntary Euthanasia Society, which is leading the campaign for legalisation.

When Disability News Service (DNS) asked her to clarify her intentions this week, she failed to rule out the possibility that her amendment would have the effect of legalising assisted suicide, if it became law.

When DNS asked if it was her intention that her amendment to the health and care bill would allow the introduction of legalised assisted suicide, she replied by email: “It is a fundamental human right to ensure people don’t suffer torture or degrading treatment.

“Patient choice is vital in all contexts but particularly at the end of life.”

DNS asked on Tuesday for further clarification of whether she intended that her amendment would secure legalisation, but she had not responded by noon today (Thursday).