You are here: Home / Arts, Culture and Sport / Countdown to Rio: Skelhon ready to medal after winning battle with motivation 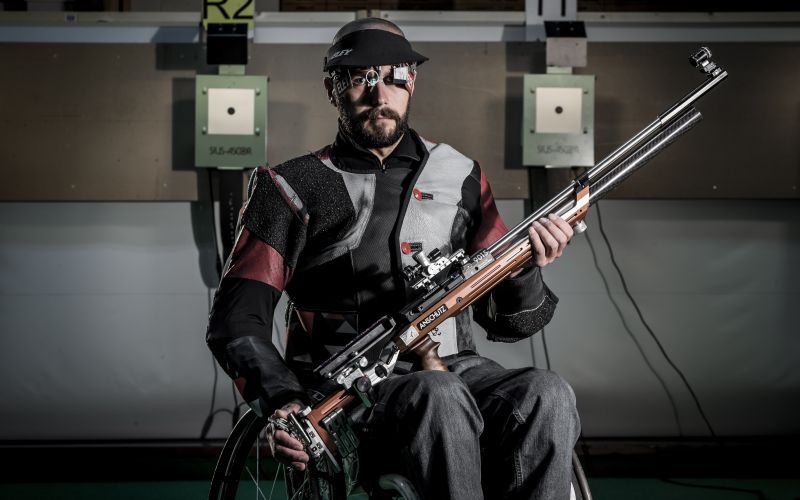 Matt Skelhon admits that he has struggled with his motivation in the lead-up to his third Paralympic games.

Having competed in Beijing – where he won shooting gold – and in London, where he won silver and bronze, and becoming world champion in 2014 with a new world record, he confesses that there was a spell “quite a few months back” when it was “a bit of a challenge to get motivated”.

Look back at his social media posts from earlier this year, he talked about how “training hasn’t been great” (January) and how he had been “struggling a little bit during training” (May).

But the closer Rio came, he tells Disability News Service, the less that has become a problem.

Motivation can be “tricky”, he says. “I just get on with it. If I am having a couple of weeks when I am thinking it’s not going very well, and I don’t know where I’m going, I just think, ‘Well, it’s only a phase.’

“I just keep training, because I know the work I am putting in is not going to waste, it’s being stored somewhere.

“I know that when I get motivated again it’s going to come out, and I’m going to shoot better for it.”

Although he describes himself as “laid back”, he is also fiercely confident in his abilities, and his target is simple: two gold medals.

“I always go anywhere to win,” he says.

But he also goes to Rio knowing that nothing is guaranteed, because shooting is a sport where the margins between success and failure can be tiny.

He says: “The margins that win finals in shooting now are so small, that sometimes it’s not down to an athlete’s performance, it might be down to not spotting a wind flag, or the wind changing direction as you took a shot; maybe the ammunition is not quite right.

“With equipment and ammunition, there’s always a little bit of something that’s not in your control.

“The margins are so small, so you have got to make sure that everything you have got control over is perfect.”

He will occasionally feel nerves before a competition, he says, but he accepts this and admits it to himself and his coaches.

Skelhon says: “Nothing is going to stop me competing unless I keel over and die on the line.

“At the end of the day, nobody is shooting at me, we are all shooting at the same distance. I just get on and do it.”