Civil servants and ministers dismissed a coroner’s concerns about the safety of the government’s “fitness for work” test, according to a draft response that apparently lay in Department for Work and Pensions (DWP) files for six years.

Coroner Tom Osborne wrote a letter – under the “prevention of future deaths” process – to DWP shortly before the 2010 general election, asking it to review its policy not to seek out medical evidence from a GP or psychiatrist if someone applying for out-of-work disability benefits had a mental health condition.

He had ruled that the decision of 41-year-old Stephen Carré (pictured), from Bedfordshire, to take his own life in January 2010* had been triggered by the rejection of his appeal against being found fit for work through the work capability assessment (WCA) process.

Osborne concluded that the policy not to seek further medical evidence in such cases should be reviewed.

But DWP has all but admitted that it never responded to Osborne – until it was forced to do so last month – even though it had a legal duty to do so.

Disability News Service has now seen a response to Osborne’s Rule 43 letter that DWP claims to have drafted in the autumn of 2010, and it shows that the department dismissed the coroner’s concerns about the WCA.

In the draft response, which is neither signed nor dated, DWP explained why it did not plan to take any action over Osborne’s concerns.

Even though the coroner had made it clear that he did not want DWP to re-investigate the Stephen Carré case, but to look at the wider issue of the use of medical evidence for ESA claimants with mental health conditions, DWP’s draft response focuses on his case.

The draft response outlines DWP’s WCA policy and suggests that GPs and mental health specialists are “unlikely to have the required knowledge of the benefit system or disability analysis” to provide “comprehensive information” for the DWP civil servants deciding on ESA claims.

The DWP draft response also appears to insist that it made the correct decision in finding Stephen Carré fit for work, even though a tribunal subsequently decided – in August 2011 – that he had been eligible for employment and support allowance (ESA) and should have been placed in the ESA support group.

Six years on, DWP has been forced – following a long-running judicial review case brought by two disabled campaigners – to carry out a pilot project to examine how it might seek further medical evidence for claimants with mental health conditions, although 12 months after it agreed to do so this project has still not been launched.

During those six years, disabled activists believe that – as a result of the failure to act on the further medical evidence issue – many other ESA claimants have taken their own lives.

In December 2011, a long-term incapacity benefit (IB) claimant – Ms D E – killed herself after being told she was not eligible for ESA; her case was linked by the Mental Welfare Commission for Scotland to the failure to obtain further medical evidence.

In 2014, another coroner wrote an almost identical letter to Osborne’s, again warning of concerns about the safety of the WCA, after the death of a north London man, who also took his own life after being found fit for work.

And last November, government-funded research concluded that the programme to reassess people claiming IB using the WCA could have caused 590 suicides in just three years.

DNS has already revealed that, just weeks after the Osborne letter was sent to DWP, ministers decided to roll out the WCA to hundreds of thousands of existing IB claimants, many of them with long-term mental health conditions.

They also appointed Professor Malcolm Harrington to carry out an independent review of the “fairness and effectiveness” of the WCA, but failed to show him Osborne’s letter.

Neither the Atos assessor who assessed Stephen Carré, nor the DWP decision-maker who subsequently decided that he was fit for work and therefore ineligible for the new ESA, had sought information from his GP, his community psychiatric nurse or his psychiatrist. 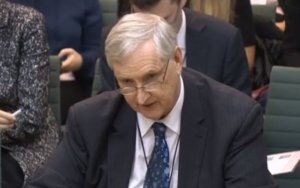