You are here: Home / Benefits and Poverty / DWP silence over ‘thousands of ESA claims lost in IT black hole’ 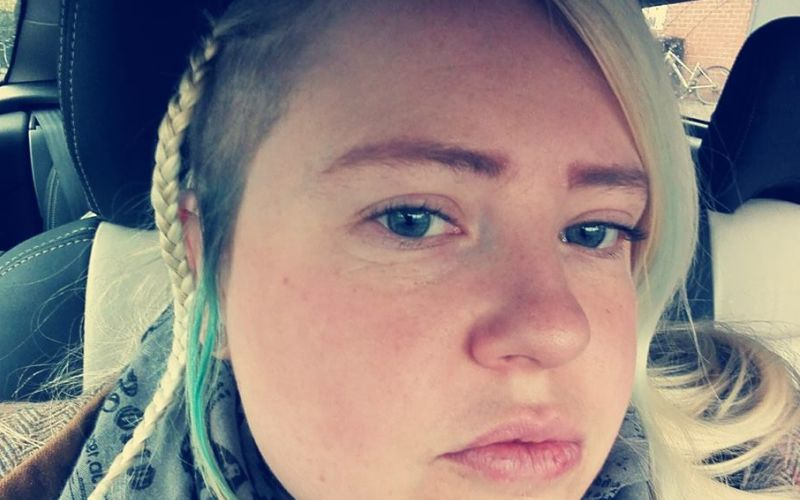 The Department for Work and Pensions (DWP) has told a disabled woman whose benefit claims repeatedly went missing that thousands of other claimants have lost their applications in the same departmental black hole.

Vicky Pearson, from Lincolnshire, had to survive for nearly two weeks without food over Christmas and the new year, a distressing experience that she believes caused significant long-term damage to her health.

When she asked a DWP civil servant what she should do over Christmas, she was told to “rest a lot and drink a lot of water”.

Despite being alerted to the concerns on Monday afternoon, DWP had not been able to comment by 1pm today (Thursday).

Pearson (pictured) first tried to claim income-related employment and support allowance (ESA) last October, after learning that her partner had been made redundant.

The former marketing manager was originally told to apply for the mainstream jobseeker’s allowance instead, and it was only when she arrived at the jobcentre for her first back-to-work session in early November that she was told she was too ill to claim JSA.

She delivered an ESA50 health questionnaire – which had to be filled in with assistance, as she is not strong enough to fill in lengthy forms herself – to the jobcentre later that day.

But there was no written response to her claim, and when she asked DWP what had happened to it, she was told it must have been lost in the post, even though it had been hand-delivered.

The form was eventually tracked down and she was told it had been mistakenly registered to someone else’s account.

She was told to try again and submitted a second ESA50 form. Again it went missing, despite it again being hand-delivered to the jobcentre.

A third form also went missing, and Pearson had still not received a single letter from DWP acknowledging her claim by mid-December, even though she was receiving letters to the same home address about a separate claim for personal independence payment.

By the time she called DWP two days before Christmas she was beginning to panic because she and her partner had no money to buy food.

She was told by an adviser that DWP’s offices were about to close for Christmas and new year and she would have to call back in January, and that there was no emergency financial support available because her ESA claim had still not been officially registered.

When she told the adviser that she could not use the local foodbanks because they only offered processed foods – which she cannot eat for health reasons – she was advised to take plenty of rest and drink lots of water.

As Pearson’s local authority, Lincolnshire County Council, does not offer emergency financial support, she had to send out a plea for help on social media, and begged for help from friends and family.

After the new year break, she was told again that DWP had not received her form.

Yet again – for the fourth time – she had to fill out the ESA50 health questionnaire and provide another sick note from her GP.

This time, she was able to secure an emergency loan of £70 from DWP as her claim had finally been accepted.

But it took another two weeks until she received a backdated payment for £600.

She had also lodged a complaint about her treatment, and weeks later DWP finally told her what had happened.

A DWP adviser told her there was an online “document drive” that contained thousands of ESA50 forms submitted by other claimants.

She was told that all these claimants had also been told their forms had not been received, because of a flaw in the IT system.

But she was also told that there were too many of these cases to deal with individually, so DWP had just left them there.

Despite receiving a compensation payment of just £70 and DWP admitting that it was responsible for the problems she had faced, Pearson has still not received a single letter about her ESA claim.