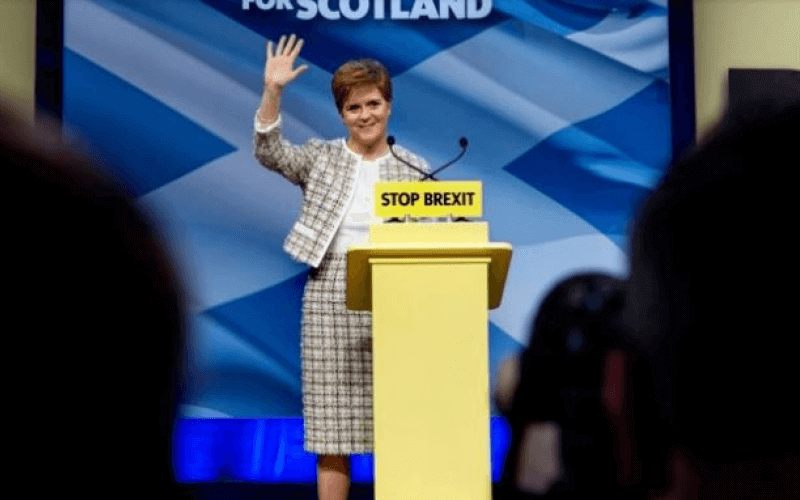 The SNP’s general election manifesto includes just three mentions of disability or disabled people, and only one of those is related to a policy it would push for in the next parliament.

Many policies that have a specific impact on disabled people, such as social care, local government, education, parts of the social security system, and many aspects of transport, are devolved to the Scottish government.

But there are still just three areas in the manifesto in which the party pledges to fight for greater support for disabled people in Westminster after the election.

The most significant area is around social security.

The party says it would demand an end to the benefits freeze – which is already set to end in April – and the bedroom tax, and would push for a period of annual increases to benefits of “at least inflation”.

It also pledges to demand an end to the government’s “punitive benefit sanction scheme”, which has “contributed to rising poverty across the UK”, saying it is time for “the whole scheme to be scrapped”.

On the “fundamentally flawed” universal credit, it does not call for the system to be scrapped, but insists that there are “changes that could be made immediately which will effectively deliver a new radically different benefit that supports rather than penalises people without requiring individuals to go through a new application process”.

While these changes are introduced, it says that all migration of claimants onto UC “must be halted”.

A second relevant area in the manifesto, although it provides no details, is a pledge to push for “as much support as possible” for disabled people to stand for election as MPs.

And on immigration, the party says it would continue to oppose the detention of children and “vulnerable people”, including pregnant women and people with mental illnesses.

Meanwhile, the national disabled people’s organisation Inclusion Scotland has published its own Manifesto for Inclusion, which includes many more disability-related polices than the SNP manifesto.

Inclusion Scotland’s manifesto says the UK is “scarred by poverty, inequality, discrimination and exclusion”, despite being one of the wealthiest countries in the world, and it says that disabled people are one of the groups that are worst affected.

It adds: “All of the evidence suggests that disabled people are becoming more excluded and pushed into deeper poverty by recent policy changes at a UK level.”