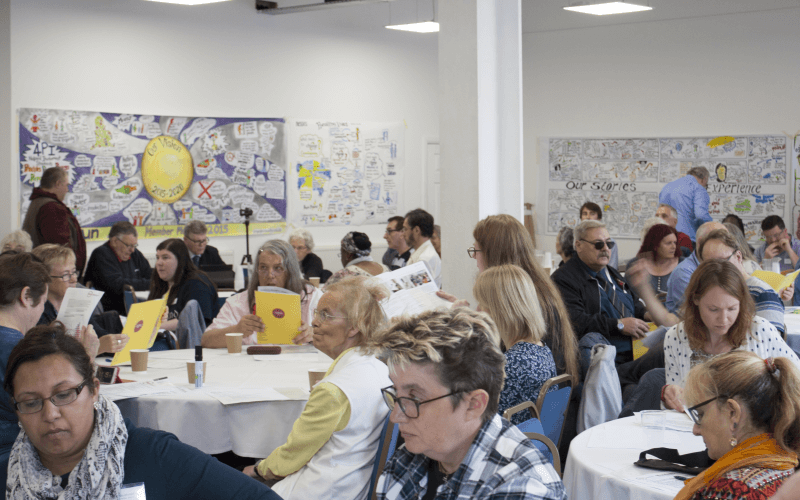 A user-led network has raised new concerns about the approach being taken by those leading a review of a key piece of mental health legislation on behalf of the government, just weeks before they are due to publish their recommendations.

The National Survivor User Network (NSUN) has released a letter it has sent to the chair and vice-chairs of the review of the Mental Health Act 1983, which raises serious concerns about their failure to consider an adequate human rights approach to reform of the act.

The NSUN letter highlights the continuing disquiet of the network and a wide range of other user-led organisations, service-users and allies about the review’s approach, following an earlier letter and a meeting with leaders of the review in July.

They are also concerned at the “unwillingness” of the chair and vice-chairs to consider recommending the full implementation of the rights contained in the UN Convention on the Rights of Persons with Disabilities (UNCRPD).

A full implementation of the convention would include bringing an end to “detentions, substitute decision-making [appointing someone to make decisions on behalf of a service-user, rather than providing them with support to make the decision themselves] and compulsory treatment”.

The letter from Dr Sarah Carr, NSUN’s acting chair, and Sarah Yiannoullou, its managing director, says they continue to have “serious misgivings” about the review and the recommendations it will make to the government, which are expected next month.

More than 120 organisations and individuals – led by NSUN – first wrote to the review in May to raise alarm about its reluctance to recommend full rights that comply with the UNCRPD.

A further 17 organisations and individuals have since added their names to the concerns being raised.

The first letter included a call on the review to address the concerns raised by the UN’s committee on the rights of persons with disabilities, after it investigated the UK’s implementation of the UN disability convention last year.

The UN committee said in the “concluding observations” to its examination of the UK that the government should “repeal legislation and practices that authorise non-consensual involuntary, compulsory treatment” and the detention of disabled people “on the basis of actual or perceived impairment”.

But Carr and Yiannoullou believe that the review team, led by Professor Sir Simon Wessely, has failed to change its approach since July’s meeting.

They are alarmed that the review’s recommendations are due to be published next month, and could form the basis for the last major reform of mental health legislation for many years.

Carr and Yiannoullou ask the review in their letter to consider a number of recommendations, including services that would be needed if there was to be compliance with the UN convention, such as an “extensive expansion of community-based and community-led resources” and a sharp increase in services that are user-led and appropriate for marginalised communities.

They also want to see widely-available peer advocacy and a “significant rise” in the number of resources that service-users have found particularly therapeutic, such as crisis houses or refuges available to service-users as an alternative to hospital.

In response to the NSUN letter, Wessely said: “Engaging with service users and carers has been a consistent priority for the review as we work towards our final report due out in December.

“One of my vice-chairs, Steve Gilbert, is a mental health service user and has a critical role in influencing and shaping of all our work.

“We have service users and carers within our advisory panel and each of the 18 specialist topic groups we ran over the summer.

“We have a standing service user and carer group, which consists of people with a range of lived experience – both past and present; who we have met with regularly and who have robustly challenged our emerging thinking.”

He said the review team had also held more than 50 focus groups across England and Wales since the start of the year, to hear from people with direct experience of the act, including those currently detained in a variety of settings.

There have been more than 2,000 responses to a survey of people with lived experience, and eight workshops, each involving about 100 attendees.

Wessely also pointed to blogs by Sarah Markham, a member of the service user and carer group, posted in July and August, in which she praised the efforts of the Department of Health and Social Care (DHSC) and the review team to ensure that service-users contribute to the review.

DHSC said the review of the Mental Health Act “will consider the reasons for rising rates of detention under the act, how to reduce the disproportionate number of people from black and minority ethnic groups detained and how to improve processes that are out of step with a modern mental health care system”.