You are here: Home / Employment / Government ‘must do more on disability employment’, MPs hear 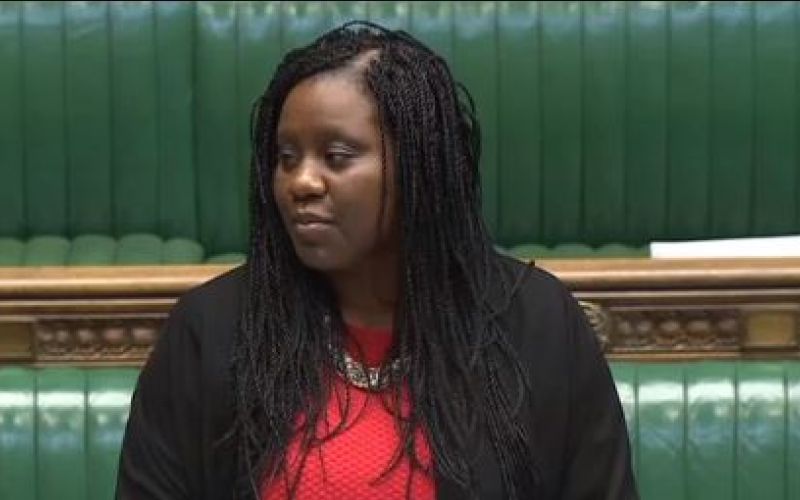 The government must do more to offer incentives to businesses to take on disabled people as employees, and to tackle the barriers that prevent them finding jobs, according to cross-party MPs.

MPs from Labour, the Liberal Democrats, the SNP and the Conservative party all pushed the government to improve its policies.

Disability Rights UK, which helped secure the debate, said afterwards that it was the first time MPs had debated disabled people and economic growth in the main Commons chamber.

She said: “It is a matter of serious concern that we have a government who barely speak about removing barriers, while actually creating new ones through their austerity cuts and their punitive social security system.”

She said the disability employment gap – the difference between the employment rates of disabled and non-disabled people – currently stood at more than 31 percentage points, and was even higher for some impairment groups.

De Cordova (pictured, speaking in the debate) was among MPs who criticised the government’s Disability Confident scheme, which is supposed to encourage employers to take on disabled employees.

She said it had been “a dismal failure” and “has yet to produce any concrete evidence of results”.

She asked the minister for disabled people, Sarah Newton, how many disabled people had found jobs as a direct result of the scheme, but Newton later failed to provide an answer.

De Cordova told fellow MPs how one deaf man had been offered a job by an employer signed up to the Disability Confident scheme.

But when the employer realised that the man’s Access to Work support would be capped – because of government policy – and they would have to meet the rest of his disability-related workplace costs, the job offer was withdrawn.

She was also critical of language in the government’s Improving Lives work, health and disability strategy, which she said “centres on the idea that employment can ‘promote recovery’, the familiar sounding phrase which says that disabled people and people with chronic conditions would recover if only they tried a bit harder, or were subject to an even tougher system”.

She said: “The government must understand that for too many disabled people, the reality is a social security system that punishes rather than supports them, ​and a labour market that shuts them out rather than being open to their potential and skills.”

He said: “The need is greater than ever because with Brexit, whatever side of the divide we sit on, we know that there will be substantial staff shortages over the coming years.”

He suggested the government should impose targets on employers to employ a certain number of disabled people, “or at least to show that ​they have systems and processes and that they have interviewed the requisite number of people with disabilities for every job”.

He said: “I do not want it to be tokenistic, as a lot of people with disabilities have tremendous skills – they just need the opportunity.”

The Conservative MP Bim Afolami called on the government to “work much more closely and intensively with employers to drive change”.

He said: “The government need to work with employers, along with the legislation that is already in place, to help to drive change.”

He was another to call on the government to offer employers financial incentives, possibly through the tax system, to take on more disabled people, “especially in industries where today they may not typically be found”.

Dr Lisa Cameron, who secured the debate and chairs the all party parliamentary group on disability, said the disability employment gap was “large and enduring”.

She said the government’s target to employ one million more disabled people over 10 years was “weaker” than its previous target to halve the disability employment gap.

And she said that evidence on Disability Confident “shows that the scheme does not go far enough, and that it does not result in enough people being employed”.

She added: “It is particularly worrying, therefore, that the Improving Lives command paper uses the scheme as one of its central policies for achieving the government’s target.”

Newton insisted that Disability Confident was “not a failing scheme” but a “growing scheme”, but she admitted the government was considering how to improve it.

She said the government was also “looking at what more we can do to incentivise businesses, and at publishing levels of disability employment, especially for large employers”.

She said the Improving Lives strategy was “absolutely not what [de Cordova] said it was”.

She said: “We are not saying those things, which I am not going to repeat in this House because they are so fundamentally wrong.

“What we are about is recognising the talents of disabled people and making sure there are no barriers and no limits, so that their talents can take them as far as they possibly can.”

Newton said that the government’s new “sector champions” across various areas of the economy were “working to improve access for disabled people to their industry” by “sharing best practice and information, so that more people are confident about employing disabled people”.

She said there were now 600,000 more disabled people in work than four years ago, but the government wanted to go “further and faster”.

Following criticism from both De Cordova and Lloyd over the government’s decision to cut nearly £30 a week from the benefits paid to new claimants placed in the work-related activity group (WRAG) of employment and support allowance, she said there was now £330 million in funding “to arrange new interventions and initiatives for those in the WRAG, so that they can have tailor-made personal support to enable them to take the steps to work”. ​

The government has previously said the WRAG cut will produce savings of more than £1 billion over four years.

Newton said the government had also recruited more than 300 disability employment advisers – replacing some of the hundreds previously removed by ministers – and had begun introducing 200 new community partners “who are able to share their lived experience of disability across our jobcentre network”.