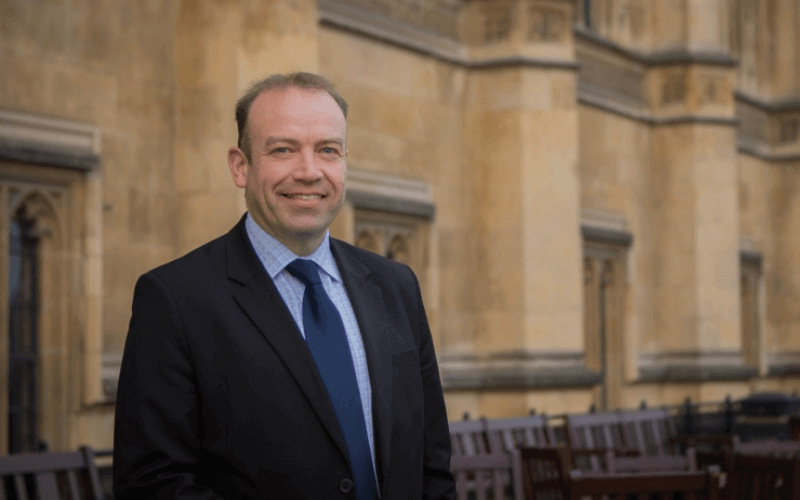 The government has been criticised by one of its own “disability champions” after it granted the transport industry its third temporary exemption from access laws, so it could continue to use inaccessible vehicles for rail replacement services.

In December, it emerged that the government was allowing the industry to continue to use older buses and coaches for rail replacement purposes even if they did not comply with the Public Service Vehicle Accessibility Regulations (PSVAR) 2000.

This exemption was granted until the end of January, a month past the legal PSVAR deadline of 31 December 2019.

Accessible transport experts had criticised the industry for failing to prepare for the PSVAR deadline, despite having 20 years to do so.

Transport minister Chris Heaton-Harris (pictured) then offered train operating companies an extension of three more months, which ran until 30 April 2020, because they were still not able to source enough accessible vehicles for their rail replacement services.

But Heaton-Harris has now granted the industry yet another extension, this time until the end of 2020, even though many accessible vehicles are lying unused because of the coronavirus crisis.

In a letter to the rail industry, Heaton-Harris calls on it to be “more ambitious” with its efforts to achieve compliance but says the issue is “not one the rail industry can resolve on its own”.

He says that rail companies will still have to provide “alternative accessible transport [such as taxis] for disabled passengers which offers the same levels of service as those for non-disabled passengers” if they have to take advantage of the exemption.

But Stephen Brookes, the minister for disabled people’s rail sector champion, told Disability News Service that he was “most deeply disappointed that the bus and rail transport industry has asked for and been granted” permission to continue using inaccessible rail replacement vehicles until the end of the year.

He said: “The transport sector has failed disabled people for many years, particularly in terms of rail replacement.”

Although he said the accessibility of many coaches was still “a major barrier” to many disabled people, “the newer style of bus” had proved to be fully accessible and comfortable, with “ramps and in many cases two wheelchair spaces, as well as USB, audio, scrolling destination screens and also video signage”.

The concerns were first highlighted last year by disabled campaigner Doug Paulley, who forced the rail regulator to take legal advice on whether rail replacement vehicles had to be accessible to disabled people.

That advice stated that, with a few minor exceptions, all rail replacement vehicles must be accessible, and the train companies, and their bus or coach providers, were at risk of criminal prosecution if they were not.

The industry then faced the deadline of 31 December 2019 to stop using older vehicles that did not comply with PSVAR.

This led to the government being forced to issue its series of exemptions when the transport industry could not meet the deadline.

Paulley said the latest extension was “a bit of a disgrace”, with some transport providers apparently “still not putting much effort in” to ensuring they use accessible rail replacement vehicles.

He said: “It seems particularly unnecessary given the COVID restrictions, because all over the country there are coaches and buses lying unused.

“There would appear to be little problem with finding sufficient accessible vehicles.”

He added: “The rail industry seems to think accessible taxis are an acceptable alternative, whereas we know they aren’t*.

“This is now 16 months after my legal action forced the industry to realise that the regulations do take effect, never mind 20 years since the [PSVAR] regulations started to take effect.

A Department for Transport spokesperson refused to explain how the minister justified granting the latest extension when the industry had had two decades to prepare for the PSVAR deadline.

*Paulley has previously stated: “Alternative accessible transport in the form of accessible taxis appears an attractive alternative but isn’t. They aren’t spontaneous, reliable, comfortable or sometimes even safe, and their segregated provision is problematic.”