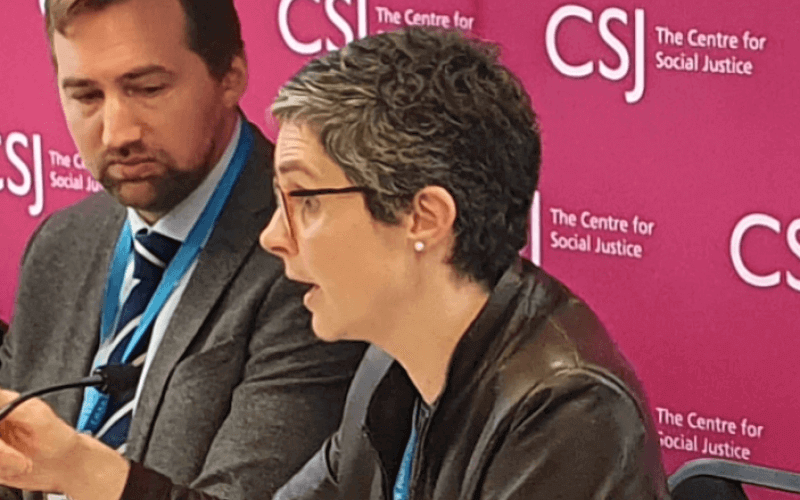 Suggestions that ministers have reduced the disadvantage faced by disabled people in the jobs market are misleading and based on “flawed” measures, a disability employment expert has told Disability News Service (DNS).

Ministers have persistently claimed that government policies have narrowed the so-called disability employment gap, the difference in the employment rates of disabled and non-disabled people.

The Department for Work and Pensions (DWP) claimed earlier this month that the latest Office for National Statistics (ONS) figures showed the gap had narrowed by 0.7 percentage points in the year to June 2021, and by 4.8 percentage points since 2013.

DWP claimed there had been “strong growth in the number and rate of disabled people in employment and a narrowing of the gap” since 2013.

But once the figures have been adjusted to take account of an increase in the proportion of people describing themselves to ONS in surveys as “disabled”, the adjusted employment gap has remained unchanged since 2013*, and has even widened since the start of the pandemic.

Professor Victoria Wass, from Cardiff Business School, said that any implication in the latest DWP announcement that the government had made progress in addressing the disadvantage faced by disabled people in the employment market and workplace was misleading, and that this “disadvantage” had not changed since 2013, and even increased during the pandemic.

Although the latest DWP statistical release does now accept that prevalence has some impact on the number of disabled people in employment, it still suggests that government policies are having a positive impact.

Professor Wass, a member of the [email protected] group of researchers, said the reason for the government’s disability employment gap figures narrowing since 2013 was a “massive” increase in the number of people reporting that they were disabled.

Her calculations show that the proportion of the working-age population prevented from working by disability-related disadvantage remained stable at about 5.6 per cent from 2013 until the third quarter of 2019, after which it rose to 6.2 per cent, an increase of 11 per cent (0.6 percentage points).

She said: “The measures currently used by the government as indicators of progress on reducing disability employment disadvantage are flawed.”

She said the concerns about the use of the disability employment gap measurement as a measure of progress on disability disadvantage have been repeatedly raised with DWP – and ONS – but have been “largely ignored”.

And she called on ministers to use a more “honest and helpful” approach, such as using a prevalence-adjusted figure in its statistical releases, which would show the real progress made against the disadvantage experienced by disabled people in the job market.

She said: “Using a disability-adjusted DEG, there has been no progress on reducing disability-related disadvantage since 2013.

“This is a shocking indictment on a series of governments which, from 2015 at least, have claimed to be targeting employment disadvantage through specific commitments and policy.”

Professor Wass said the last time that the prevalence-adjusted disability employment gap narrowed was between 1997 and 2010, under a series of Labour governments.

She said the importance of adjusting for increased reporting of disability also applied to any figures showing the differences in areas such as pay, job satisfaction and promotion rates, which are otherwise likely to show a more positive picture than the reality facing disabled employees.

The [email protected] group is one of the organisations that created the charter**, which also include Disability Rights UK (DR UK), the Business Disability Forum and the public services union UNISON.

A DWP spokesperson said: “Helping disabled jobseekers find, retain and progress in fulfilling work is at the heart of our efforts to level up and we remain committed to reducing the disability employment gap, which has narrowed by almost five percentage points since 2013.

“The current and preferred method of measuring the disability employment gap is well understood and used widely, there are many factors other measures suggested don’t take into account.

“The current measure will remain as the headline indicator.”

*The prevalence-adjusted gap has remained stable since 2010, but there were changes in the way the data was collected which means pre-2013 and post-2013 figures cannot be accurately compared