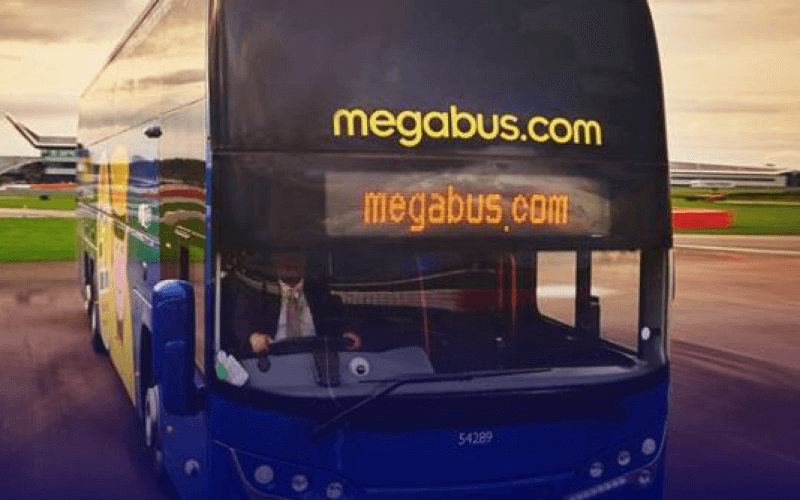 Three national coach companies have agreed to change their rules so they no longer prevent wheelchair-users enjoying a “turn-up-and-go” service, thanks to a disabled campaigner.

The Driver and Vehicle Standards Agency (DVSA) has even threatened to refer National Express, Megabus, Scottish Citylink and other providers to the Traffic Commissioner, who could remove their licences to operate coaches if they fail to comply with the law.

National Express and Stagecoach – which owns Megabus and part-owns Scottish Citylink – previously ignored access laws by telling wheelchair-users that they had to provide 36 hours’ notice if they wanted to travel on their wheelchair-accessible coach services.

The failure to follow the law also exposed their drivers to possible criminal charges.

But wheelchair-user Doug Paulley, a leading campaigner on access to public transport, drew attention to the legal breaches by filming drivers on National Express and Megabus routes refusing him permission to travel in his wheelchair after he had bought coach tickets on the same days he wanted to travel.

He also told Citylink that the policy it described on its website was in breach of the law.

He told DVSA about the legal breaches and the agency has now contacted National Express and Megabus to ask them to explain their apparent breaches of the law.

DVSA has also announced that it will introduce roadside spot checks to ensure that coach operators now comply with the law.

A DVSA spokesman said: “DVSA won’t hesitate in taking action against companies that don’t, including referring them to the Traffic Commissioner who has the power to remove operators’ licences.

“DVSA is investigating a number of cases where it appears coach staff and operators are unclear on the law and is working with the industry to put this right.”

In March, Paulley proved that National Express was refusing to allow wheelchair-users to travel on its services on the same day they bought their tickets.

Executives from National Express have since met with Paulley and have now agreed to change the way the company advertises its services online to wheelchair-users.

A National Express spokesman said: “Following the constructive meeting we had with Doug Paulley in March we have taken a number of steps to identify specific areas where we feel we could enhance accessible travel.

“We have clarified our existing accessibility policy and processes to our customer-facing staff to ensure they are adhered to, particularly with regard to wheelchair-users.”

He added: “For a number of years it has been our policy to recommend wheelchair-users contact us 36 hours before travelling so we can carry out checks, but if they want to book travel on the day we will make all reasonable efforts to carry out those checks on the day.”

He said it had been “quite clear that not all of our staff knew our policy or applied it correctly” and that there “have been poorly written instructions on the internet that have given people the wrong information”.

He said those “poorly written instructions” had made it clear that wheelchair-users “must” book 36 hours in advance.

A Stagecoach spokeswoman said that both Megabus and Citylink had now changed the wording on their websites so they no longer stated that wheelchair-users “must” give 36 hours’ notice to travel, although they still advise customers to “provide advance notice where possible to avoid a situation where the wheelchair space on a service may already be occupied”.

She said: “We have had a positive relationship with Mr Paulley in the past, and disability user groups more widely, and in particular these groups have welcomed our supportive approach to access to wheelchair spaces on local bus services.

“We look forward to welcoming Mr Paulley on to our services in the future.”

Although many coaches do have accessible spaces, they are usually covered by temporary seats which need to be removed if a wheelchair-user wishes to travel.

Transport laws state that any company that has already introduced accessible coaches – even though it is not obligatory for coaches to be accessible until 2020 – must ensure that those vehicles provide a space for wheelchair-users to travel in their wheelchairs.

Separate laws state that a coach driver is committing a criminal offence* if he or she does not allow a wheelchair-user to access that space, if it is not occupied by another disabled passenger and the coach is not full.

Paulley welcomed DVSA’s action and the changes made by National Express, Megabus and Scottish Citylink, but warned that they would not solve the problem for all wheelchair-users.

When he tried out the new National Express policy, he was told he must still prove his wheelchair had been crash-tested, which his has not.

This meant he was still refused permission to travel, “but for a legal reason, not an illegal one”.

National Express also checks that the coach stops involved in the passenger’s journey are accessible for its wheelchair lift.

Paulley said: “I’m under no illusions: any wheelchair-users turning up at Britain’s coach operators without booking well in advance still face a very lot of hassle before they can travel.”

And even when they do travel, he said, they still have no access to on-board toilets or even toilet stops.

Meanwhile, the Department for Transport has launched a consultation on its plans to improve accessible information for bus passengers.

It plans to introduce regulations that will force bus operators to provide audible and visible information on local services.

The consultation closes on 16 September 2018.

*This is a breach of the Public Service Vehicles (Conduct of Drivers, Inspectors, Conductors and Passengers) (Amendment) Regulations 2002, and contravention of this regulation is an offence under the Public Passenger Vehicles Act 1981