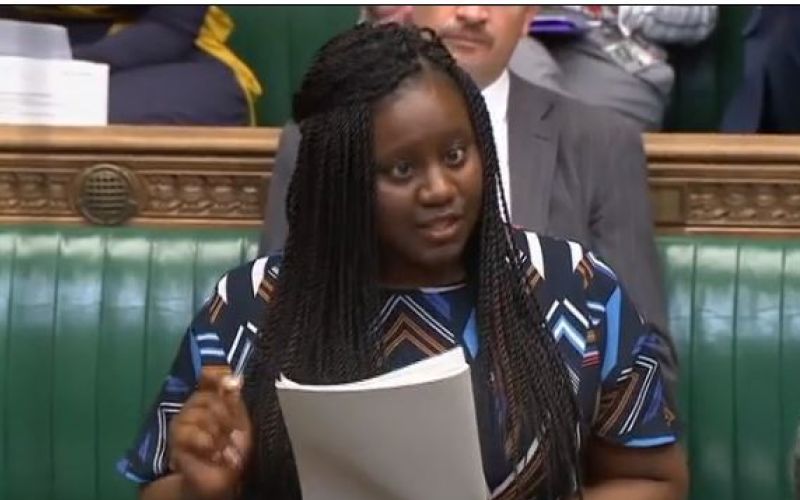 Thousands of disabled students are being forced to choose between having food to eat or having the equipment they need to study, because a new government rule means they must pay £200 towards the cost of computers they need for disability-related reasons.

The government introduced the new rule as part of its controversial reform of the disabled students’ allowance (DSA) system, a non-means-tested grant that assists with the extra costs a disabled student faces during higher education study.

Universities minister Sam Gyimah admitted in a parliamentary answer that introducing the new rule – with disabled students in England having to pay £200 towards the cost of a computer and assistive software obtained through the DSA system – had seen the number of recipients of DSA equipment funding fall by 4,600.

This appears to refer to a drop from 28,000 to 23,400 in the number of students receiving DSA for equipment, comparing those who began their courses in 2014-15 with those who began in 2015-16, when the new rules were introduced.

Gyimah said the drop was “expected, because we knew the numbers would fall once students had to pay £200 towards the cost of computer equipment”, but he said that an evaluation of the impact of the change was “under way”.

She said the charge was “clearly preventing disabled students from accessing the essential equipment they need to further their studies” and she called on Gyimah to scrap the new rule.

The minister claimed that the fall in the number of students receiving DSA for equipment did not mean they were “lacking in equipment” because he said “computer ownership is now common among all students, with students spending on average around £250 on computers”.

He said: “As DSAs are not intended to cover all student costs, we think it is reasonable to ask students to contribute towards the cost of computer equipment.”

“It demonstrates a lack of understanding and awareness of the support needs of disabled students.”

She received DSA when she was studying at university, which paid for a support worker and the assistive technology she needed.

She said: “It certainly enabled me to carry out my studies effectively.

“Without it, I would have been put at a disadvantage, without a shadow of a doubt.”

Piers Wilkinson, from the National Union of Students’ Disabled Students’ Campaign, said they had “consistently opposed” the DSA reforms, because the union believed they would “not only put us at a greater disadvantage in accessing education but also force disabled students out of education”.

“A laptop can be a vital piece of equipment; this £200 charge is causing hundreds of vital laptops to be locked away from the student, even after the assistive technology software and hardware has been paid for.

“The Equality Act 2010 clearly states that a disabled person cannot be asked to pay for disability adjustments, and yet our government has been charging disabled students £200 for the privilege of accessing the same education opportunities non-disabled students have.

“This charge is making disabled students choose between having food to eat or having the equipment essential for them to study for their £9,000-a-year course.

Meanwhile, The Alliance for Inclusive Education has condemned the government’s announcement that it is spending £50 million to expand places in grammar schools in England.

Disabled children with education, health and care plans (EHCPs) or statements of special educational needs represent only 0.1 per cent of grammar school pupils, despite making up 1.8 per cent of the secondary school population.

Simone Aspis, ALLFIE’s policy and campaigns coordinator, said: “The expansion of grammar school provision is another government attack on comprehensive and inclusive education and disabled pupils’ rights to a good and well-resourced mainstream school placement as set out in Article 24 of the UN Convention on the Rights of Persons with Disabilities.”

DNS revealed last year that the government had been forced to admit that it failed to assess the impact on disabled children and young people of its “discriminatory” plans to expand grammar schools.

Aspis pointed to last year’s conclusion of the UN committee on the rights of persons with disabilities, which was highly critical of the UK government’s approach to inclusive education and the “persistence of a dual education system” that segregates increasing numbers of disabled children in special schools.

Figures last year showed the proportion of pupils with special educational needs and disabilities (SEND) who attend a special school in England had risen from 5.6 per cent in 2012 to 8.5 per cent in 2016, with the proportion in independent specialist settings rising from 4.5 to 6.3 per cent.

ALLFIE said that the introduction of greater selection by ability in the education system through the expansion of grammar school provision meant “choice for SEND pupils and their parents is in danger of becoming non-existent”.