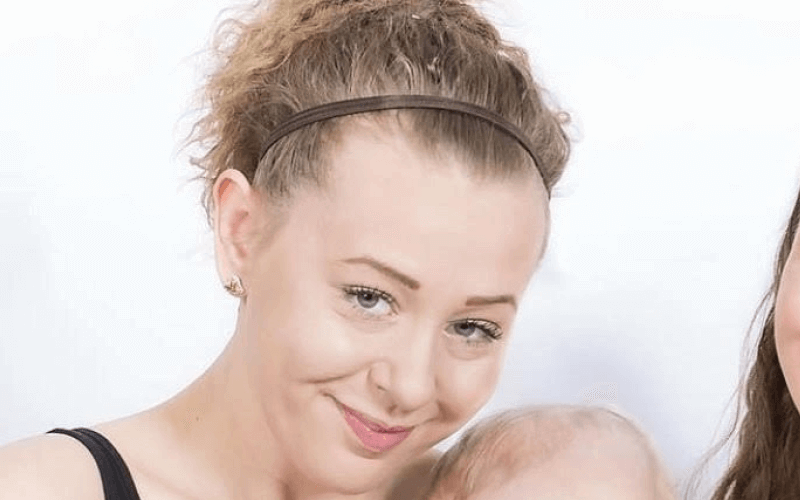 The release of a secret government report has revealed how the Department for Work and Pensions (DWP) made repeated, serious errors with the benefit claim of a young disabled mother that appear to have contributed to her decision to take her own life.

The draft report is the latest evidence to expose the failure of ministers over the last 10 years to ensure that the safety of benefit claimants is a priority for DWP.

The draft internal process review (IPR) was secured by Disability News Service (DNS) through a legal challenge after government lawyers tried to block its release during the inquest into the death of 27-year-old Philippa Day, from Nottingham.

The draft report – which could be updated after the inquest ends – was released to DNS by the coroner on Friday (15 January), and reveals the conclusions reached by senior DWP staff who examined the way Philippa’s claim for personal independence payment (PIP) was dealt with from late 2018 to her death in October 2019.

It shows how DWP’s own investigations exposed repeated failures, both in policy and procedure.

The report details at least six serious errors made by at least three DWP civil servants – excluding other errors by its contractor Capita (see separate story) – that all appear to have contributed to a decision by Philippa Day to take her own life in August 2019.

Among those errors was the failure by a telephone agent in March 2019 to ensure that a marker was added to Philippa’s file to ensure she received additional support with her case, and a failure to add information he had been given during a call with a community psychiatric nurse who was supporting her.

Another error was made days later by a more senior colleague, who “did not consider all the available evidence when reconsidering the closure of Miss Day’s indefinite DLA award and PIP claims”, says the draft IPR report.

Philippa (pictured) had been claiming disability living allowance (DLA) because of her diabetes since she was 16 but had started a new claim for PIP in November 2018, hoping to secure further support for needs related to her mental health.

On 11 June, the IPR describes, Philippa was “observed to be crying” on a phone call with another DWP phone agent.

Philippa tells her, according to the IPR: “I’ve been waiting for six months now. I’m literally starving. I can’t survive like this for much longer. In £5,000 debt. Nothing to eat.”

She adds: “I’ve lost all my premiums. I should never have swapped from DLA to PIP. I cannot physically survive without any money. I need something to live for.”

But Philippa was given only limited help by the agent, who made no attempt to act on her disclosure by asking for safeguarding advice from senior colleagues.

DWP’s errors did not end there, according to the draft IPR, with further mistakes made after Philippa died that led to the department taking more than three months to confirm information from her bank that she had died.

This meant she was sent a letter about the annual uprating of her benefits, five months after her death.

The IPR also reveals that, because of DWP’s errors, Philippa’s total benefits had fallen from £229 a week to just £73 per week for four-and-a-half months, while Social Fund loan repayments of £12.43 per week were deducted from the £73, leaving her with little over £60 a week to live on.

Among the recommendations made in the draft IPR – all of which suggest that Philippa’s death exposed systemic flaws rather than just individual errors – are for improvements to the “accuracy and quality of system notes made by agents”; new guidance and training on what should happen when a claimant is in “significant distress”; and measures to ensure the correct procedures are followed after a claimant dies.

It is not yet clear if any of these recommendations have been implemented by DWP.

But a fourth recommendation, to ensure there is an extra check when DLA claimants “fall out” of the PIP reassessment process because DWP has not received their claim form, has been implemented.

DWP told the inquest this week that “mandatory additional safeguards” – through telephone calls to the claimant or those supporting them with their claim – were now being applied in such cases.

The draft report also says that other improvements were already underway that could have helped Philippa.

These include trialling the use of telephone assessments (which have already been introduced due to the pandemic) and video assessments; a new programme to improve PIP decision-making; and training sessions being held with case workers to “support precise recording of information”.

All these recommendations and improvements are relevant to criticisms levelled at DWP and its staff by witnesses during this month’s inquest, suggesting that DWP has privately conceded that both systemic flaws and individual errors played a part in Philippa’s death.

The draft document is the first IPR ever to be released to the media, and follows years of attempts by DNS through freedom of information requests to secure access to DWP’s own secret reports into the deaths of scores of benefit claimants that have been linked to its failings.

Its contents are likely to fuel fresh calls for DWP and its benefit system to be declared not fit for purpose, as they were by more than 55,000 people who signed the Justice for Jodey Whiting parliamentary petition in 2019.

Despite DWP objections, Gordon Clow, assistant coroner for Nottingham and Nottinghamshire, ruled last week that the Philippa Day IPR could be released to DNS, with the exception of one of its nine key findings, which was redacted because it relates to proposed government policy.

Lawyers for the family – solicitors at Leigh Day and barristers at Doughty Street – had ensured last year that the coroner was aware of the existence of the IPR, and could request a copy from DWP, which resisted its release.

The inquest ended this week, with the coroner’s judgement due to be announced on Wednesday (27 January).