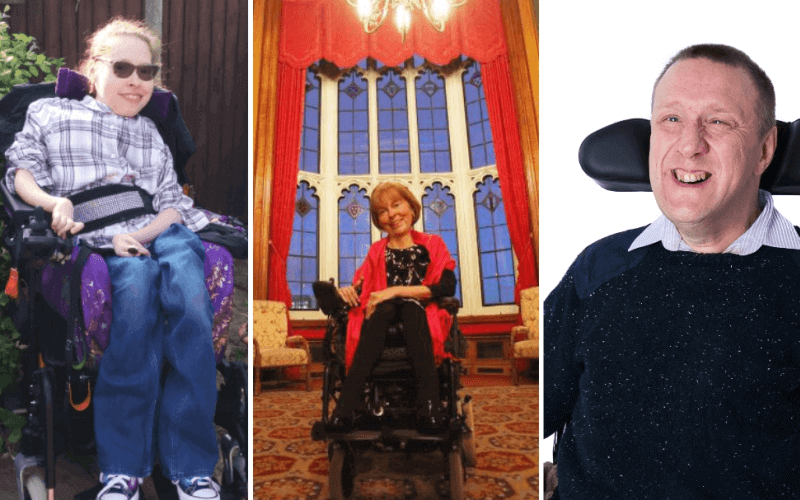 Disabled people who have been shielding at home say they are having to rely on peer support and their own judgement to protect themselves from the pandemic, after despairing at the lack of clear government guidance.

Many of those who have shielded from the virus, often without pause since March, said this week that they had no confidence in Boris Johnson and his government.

Among their concerns are the lack of access to testing and personal protective equipment (PPE) for their personal assistants (PAs), and the difficulty of securing food deliveries, as the number of COVID-19 cases across the country continues to rise.

The grassroots disabled people’s organisation Bristol Reclaiming Independent Living (BRIL) said it was “very concerned” about the impact of a potential second national lockdown on disabled people who are still shielding, and their families.

One member said: “From the beginning of the pandemic, the government’s guidance and advice has been unclear, confusing and inaccessible, which has only added to the anxiety many of us feel.”

Another BRIL member said: “Disabled people have told us they do not trust the government, and are shielding regardless of the constantly changing regulations.”

A BRIL spokesperson added: “The experience of disabled people and people with chronic illness during the first lockdown, both those who were included on shielding lists and those who were missed off, has been ignored.

“As one member said: ‘If we are going to be shielded – they need to get it right. There are three of us who shielded, but we didn’t get the letter. It seemed that it was very ad hoc.’

“This cannot happen again. The government has a duty to directly consult with us and our organisations. A failure to do this will have deadly consequences.”

Disabled campaigner Fleur Perry (pictured, left), who has not left her home for more than six months, said: “I feel like there’s less information available than before.

“I still haven’t been out since March, and I doubt I’ll be going out for the rest of the year unless there’s a dramatic improvement somehow.

“Even though case numbers are rising, there’s been no update on precautions for shielders.

“The guidance makes it very clear that it’s now people’s choice how safe they want to feel, rather than a team effort.

“We’re going to have to continue to support one another in finding information and resources and new ways of doing things. Until the government steps up, it’s up to us.”

Baroness [Jane] Campbell (pictured, centre), a disabled crossbench peer, who spent months shielding, said: “I think we all need to make our own decisions about our safety and continue to be very careful when mixing with those that we do not have to.

“What government still doesn’t appear to understand, is that disabled people who require care/support of another person, whether that be a PA, agency care, informal carer etc, cannot self-isolate.

“Therefore, we should be able to have priority access to testing both for ourselves and their essential support people. Plus, easy access to PPE.

“We are on the frontline and don’t want to become metaphorical cannon fodder again if the virus returns with a vengeance in the winter.”

She said that one of her PAs had had a cold recently and wanted to check that she was safe to work but was denied a test.

Baroness Campbell said she had tried for six weeks during the height of the pandemic to obtain basic gloves, masks and aprons, and by June had received just one box of gloves.

Fazilet Hadi, head of policy for Disability Rights UK, said: “Shielders have been left adrift since the protections granted to them at the start of lockdown were removed in late summer.

“With increases in the rate of infection and hospital admissions, and with great swathes of the population in local lockdowns, the government is failing to support and protect those who are clinically vulnerable to the virus.

“DR UK has asked the government to produce guidance on shielding for local authorities, health bodies and employers, and to give financial, practical and emotional support to those individuals who want to shield on the basis of their individual medical needs.

“We are particularly concerned for those who can’t work from home and are required to return to work.

“Many people have already had to choose between their life and their livelihood. As infection rates rise and the furlough period ends on 31 October, more people will face this dilemma.”

The current government advice to the millions of disabled people in England who have previously been told they are “clinically extremely vulnerable” (CEV) is that they should continue to “take precautions” but “do not need to shield at the moment”.

Areas where there is a local lockdown have “specific guidance” for shielders, but the advice for shielders yesterday (Wednesday) in Bolton, Greater Manchester, the north-east of England, the West Midlands and West Yorkshire, was matching that for the rest of the country, other than a warning that “it is important that you continue to take precautions”.

In Leicester and some parts of the north-west of England, those who are CEV have been advised to shield until 5 October, when “formal shielding” will be paused and they will be given guidance locally, while being advised to continue to “take precautions”.

Vicky Foxcroft, Labour’s shadow minister for disabled people, who shielded for several months during the summer, has written to health and social care secretary Matt Hancock with her concerns about the “ambiguity” that remains about support for CEV people, including in the areas where there has been a local lockdown.

She also raised concerns about those disabled employees unable to return to work, including the inadequate level of statutory sick pay, the failure of the chancellor’s new less-generous furlough scheme to mention CEV people, and continuing concerns over the rates of benefits.

She told Hancock that he had failed to answer when asked in the House of Commons for his advice to shielders, and called on him to “clarify this advice urgently, so that CEV people are not once again made to feel like an afterthought”.

Kathy Bole, co-chair of Disability Labour, said she was worried about the support that cash-strapped local authorities would be able to provide during local lockdowns, and the prospect of further cuts to social care.

She said: “I am shielding because my husband is extremely vulnerable. I have gone out twice in the last six weeks.

“I am not comfortable at all with the mask arrangements and how many are just not wearing them. I don’t know how I will cope if he gets ill.

“My own mental health is not doing well and that is because I have no faith in anything the government says.

“I know so many disabled people who will not go out and if there is no one to help them with shopping and the like, we will see many more people die.”

She added: “I have continued to shield, like many of my friends. I’m only leaving home for urgent medical appointments.

“I’m appalled by people not wearing masks and not social distancing, putting people like me at risk.

“We should be following medical science and the respected experts. The government must not be allowed to put lives before profit.

“I have no faith that decisions will be made in the best interests of disabled people.”

She added: “In Lambeth, the mutual aid groups that were so busy and supportive at the beginning of the pandemic are now suffering from volunteer fatigue, donations have dried up and it’s difficult to find people willing to help out.

“I’m noticing too that greedy shoppers are now causing supermarkets to limit purchases of essentials.

“I still have limited choices when I’m trying to shop online and eight-hour delivery slots. Totally useless for anyone who needs a PA or carer to put away frozen foods.”

She said she agreed with London’s mayor, Sadiq Khan, that the capital should be placed under a local lockdown.

Vici Richardson, community care and personalisation advisor for the disabled people’s organisation Disability North, said there were “so many mixed messages and no real guidance”, while the local lockdowns had caused “further confusion”.

Richardson, who has a disabled teenage son who remains on the CEV list, said: “There has been nothing mentioned on any of our local authority communications about shielding, and we are in a high-risk area.”

Her son’s clinicians have received no guidance to pass to the family that they should reshield so they have been “left to make our own judgements”.

She said: “Some of the disabled people I work with stopped PAs coming in from March to August, then they began to bring them back in.

“Some of these are already making the difficult decisions to stop them, but with furlough ending and many people back in work, the network they may have depended on in March is not there.”

She said some disabled people with PAs were still struggling to access the correct PPE.

Her family has been told to source its own PPE, and use direct payments funding to do so, but that they can go back to the council for help if they struggle, although she said other local authorities were supplying PPE to disabled people directly.

She said there were also concerns over shopping deliveries.

She said: “Already disabled people who managed to get back delivery slots are now struggling again and because they aren’t on the clinically vulnerable list, they can’t have priority.”

Disabled campaigner and retired Paralympian Chris Channon, another on the CEV list, said he was continuing to shield, despite the government’s advice.

He said the prime minister, Boris Johnson, had “so muddled the waters it’s difficult for anyone to have any real confidence in anything that he and his ministers are saying.

“Just days after telling office workers it was ok to return to the workplace he suddenly instructs them to work from home while, at the same time, telling those of us who are shielding that it was OK to go out.”

Although he managed to book a delivery from Sainsbury’s last week for the first time since March, he said he found the isolation “difficult to deal with at times” although “in many respects I’m lucky as I still feel in control”.

He said be believed the government should reinstate the delivery of food parcels for CEV people and enable a “clear line of communication” between health experts and those in the CEV group so they could hear from someone who “doesn’t act on behalf of the government”.