Campaigners and experts say they fear that Britain’s vote to leave the European Union (EU) could have serious consequences for disabled people, although it is too early for an accurate assessment of the likely impact. Among the concerns raised are that […]

Most mental health service-users are still deeply divided about identifying with the social model of disability, but still favour moving away from the medicalised attitude of professionals and towards a more “social” approach, according to a new report. The user-led research […]

A leading disabled academic has urged MPs to dismiss the conclusions of the public spending watchdog and accept instead that the government’s strategy on social care personal budgets is “fundamentally flawed”. Peter Beresford, professor of citizen participation at the University of […]

User-led and disabled people’s organisations hold the key to fighting back against the government’s long-term assault on the welfare state, according to a leading disabled academic. In his new book, All Our Welfare: Towards Participatory Social Policy, Professor Peter Beresford argues […]

The care watchdog has been criticised for awarding a discredited outsourcing giant new contracts to manage the use of service-users as expert advisers in care homes and hospitals. Two-thirds of the new contracts to run Experts by Experience – which pays […]

Government contractor Atos Healthcare claims it has no idea if a former surgeon whose flawed assessment of a disabled man helped trigger his suicide is still testing people with mental health conditions for their eligibility for disability benefits. Disability News Service […] 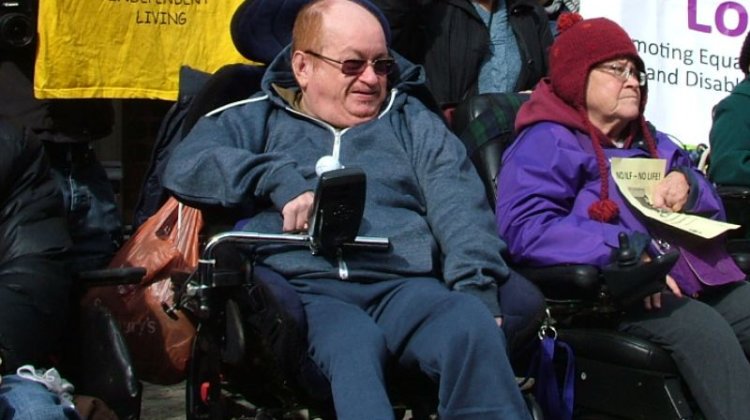 Disabled people and their organisations have branded this week’s budget misguided and cruel, and say it will drag many more disabled people into poverty. Their chief target was the chancellor’s decision to remove – from April 2017 – the extra financial […]