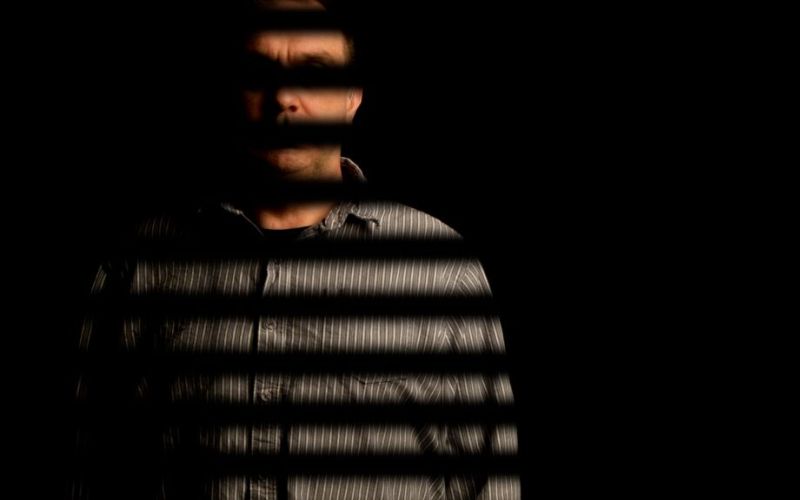 A university which built a library it knew was inaccessible in order to cut costs has agreed to pay £20, 000 in compensation for discriminating against a talented disabled photography student.

Andrew Brenton (pictured, in a self-portrait) and other mobility-impaired students at the University of Wales Trinity Saint David were barred from the basement floor of the library for more than four months after he reported concerns about fire safety practices when a lift broke down at the start of the academic year in October 2013.

Disabled students are believed to have been using the building in Swansea since 2005, even though these flaws – including problems with communications, evacuation routes and fire exits – meant it had been unsafe, particularly for wheelchair-users.

Although the lift was fixed within a couple of weeks, disabled students were not allowed to use the basement of the library until the following February, as university authorities took that long to install the necessary safety improvements.

The basement floor of the library on the university’s Dynevor campus houses all of the photography literature Brenton needed for his three-year photojournalism degree course, which is entirely assessed on coursework, with students expected to spend hours every week browsing the books in the library.

Brenton also discovered that he should have been given a personal emergency evacuation plan (PEEP) on the first day of his university course.

But despite complaining about this in October 2013, his PEEP was not completed until April 2014.

Brenton had begun his course at Swansea Metropolitan University, but at the end of his first year it merged with another institution to become the University of Wales Trinity Saint David (UWTSD).

The institution’s inadequate safety procedures were highlighted in May 2014 when Brenton – who has mobility and other impairments – was abandoned in a stairwell of the library after a fire alarm sounded and the building was evacuated.

During a meeting following this incident, Brenton discovered that senior management were unaware that the university did not have a health and safety officer on its staff, and had not had one for some months.

After the university failed to deal with his concerns, he launched a legal action – with support from the Equality Advisory and Support Service and the Cardiff charity Race Equality First – claiming he had been discriminated against because the lift had been out-of-order for so long, and the university had failed to provide him with a PEEP at the start of his course.

He also complained about being left in the stairwell, and how a member of staff who left him there had made sarcastic comments to other students and staff about his impairment.

Brenton also claimed that a senior member of university staff refused him permission to record a meeting held to discuss his complaints in November 2013, and called off the meeting when he asked to be accompanied by his wife.

He says that both measures were reasonable adjustments needed because of his deafness, attention deficit disorder, and joint problems, which mean he cannot take legible and accurate notes.

The staff member told him he was not entitled to such reasonable adjustments under the Equality Act because he was “just a student”, an attitude that he said left him feeling “bullied and disempowered and belittled”.

He said the university’s apparent lack of concern for his safety and welfare had led to him feeling “anxious, devalued and worthless”, while the efforts to resolve the dispute had exacerbated his anxiety.

After he launched his complaint, he obtained an email that had been sent by Professor Ian Wells, the university’s pro vice chancellor for student experience, in which he said: “Privately I understand that much of the Dynevor building was constructed without taking into account DDA [Disability Discrimination Act] requirements, to save money and this has caused the lift problem.”

Despite the discrimination, Brenton graduated this summer with a first-class honours degree. He has now agreed to settle the case, and will be paid £20,000 compensation by the university.

He said he felt that the way he had been treated by the university was “almost like a betrayal of trust”.

He and his wife Michele have now submitted evidence to an inquiry into the impact of the Equality Act on disabled people, which is being carried out by a House of Lords committee.

They have told the committee they believe the key problems are with enforcement of the act, rather than the legislation itself.

Brenton said: “It’s up to the person who is being discriminated against to enforce the law. It is expensive and very stressful.”

If he had lost his case, he believes that he and his wife would have been left bankrupt by having to pay the university’s costs.

Brenton also said he did not believe that universities such as UWTSD would fill the gaps caused by planned cuts to disabled students’ allowance (DSA), with the government intending to force universities to fill these gaps through their duties to provide reasonable adjustments under the Equality Act.

He said: “They seem to struggle to comply with their legal obligations as it is. They will do as little as they possibly can in my opinion.”

He said that his case was “the tip of the iceberg” when it came to discrimination in education.

He added: “It seems to me that disabled people in education do not count.”

Tara Flood, director of the Alliance for Inclusive Education, said: “We know from examples [like those of Brenton, Lesley Bayley-Bureau and Marina Bernstein, covered in recent months by DNS] that universities are not close to getting it right now.

A UWTSD spokesman declined to answer several key questions about the case, but said in a statement: “The legal claims brought forward by Mr Brenton were defended and were compromised on the basis of no admission of liability by UWTSD.

“The University of Wales Trinity Saint David recognises its responsibility to properly control the risks to health of its staff, students and visitors, and reviews its health and safety policy annually.

“The university has a strategic equality plan and is firmly committed to promoting diversity and equality.

“UWTSD was recently a part of Swansea’s successful bid to gain ‘disability confident city’ status, the first UK city to achieve this.

“In conclusion, we would like to congratulate Mr Brenton on his excellent academic outcome following his studies at the university and wish him well for the future.”