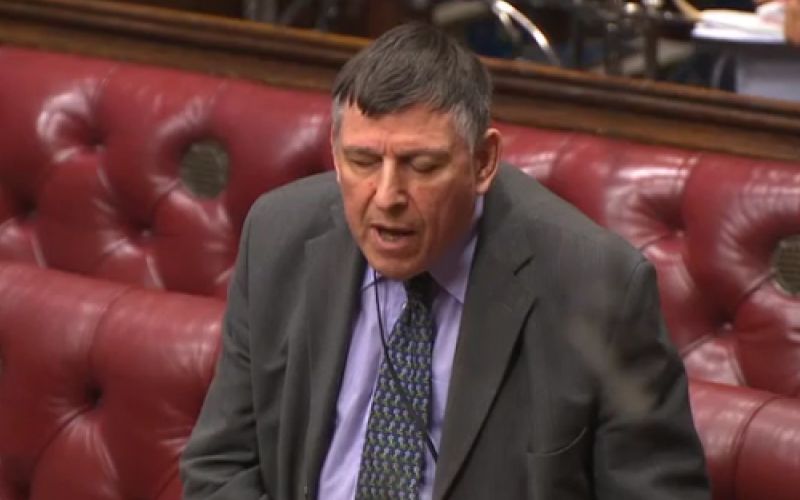 The equality and human rights watchdog has appointed eight disabled people to its disability committee, including leading activists, advisers and academics.

The new appointments mean that all 14 members of the Equality and Human Rights Commission’s (EHRC) disability advisory committee (DAC) will be disabled people.

The committee was formed last year to replace the statutory disability committee, which had powers under the Equality Act 2006 to take important disability-related decisions within EHRC, such as allowing it to overrule officers on critical and strategically-important legal cases.

The DAC does not have these powers. Instead, its members will inform the commission’s work on protecting and promoting rights and equality for disabled people.

Sayce is the former chief executive of Disability Rights UK (DR UK) and its predecessor organisation RADAR, who retired from that post last year after 10 years.

She has a background in mental health and disability policy and is a member of the governing committee of Healthwatch England and the government’s social security advisory committee, and is a non-executive director of the Care Quality Commission.

She is also a former director of policy and communications at the Disability Rights Commission.

While at DR UK, she spoke out on issues around disability employment, the rights of disabled asylum-seekers, and for reform of the Mental Health Act and implementation of the UN Convention on the Rights of Persons with Disabilities.

But she is still best-known among many disabled activists for writing a controversial report for the coalition government on employment support for disabled people.

Lord Low (pictured) is a vice-president and former chair of RNIB, and a former law lecturer and researcher.

He speaks regularly on human rights issues in the House of Lords as a crossbench peer, and spoke out last summer against the “personal misery” caused by “neoliberal austerity”, which he said was part of a 40-year project to “systematically shrink” public sector spending.

He has also spoken out against the harm that Brexit will cause to disabled people.

Watson is professor of disability research in the School of Social and Political Sciences, and director at the Strathclyde Centre for Disability Research, both at the University of Glasgow.

He is probably best-known to many activists as the co-author of a research report which concluded two years ago that the research successive governments had relied on to justify slashing disability benefits – through the biopsychosocial model of disability – was riddled with inconsistencies, misleading statements and “unevidenced” claims.

He was also co-author of the Bad News For Disabled People report, which found in 2011 that there had been a “significant increase” in the number of negative stories about disabled people in national newspapers over the previous six years.

Aspis has more than 20 years’ experience of campaigning for disabled people’s rights, particularly on inclusive education at The Alliance for Inclusive Education, and currently also acts as an advocate for autistic people and those with learning difficulties who have been sectioned and cannot secure their release from psychiatric hospitals.

She has also previously worked with the UK Disabled People’s Council and People First, as well as with the Reclaiming Our Futures Alliance on the shadow report it submitted last year to the UN’s committee on the rights of persons with disabilities.

Griffiths, a campaigner, researcher and adviser on disability rights, and a former project officer for the European Network on Independent Living (ENIL), is another who has spoken out to warn of the damaging impact of Brexit on disabled people’s rights and social justice.

He has also spoken publicly of how governments in the UK – and abroad – have shown “a clear lack of appreciation and respect” for disabled people’s organisations by ignoring their views and advice when developing new policies.

Hadi is a former solicitor and local authority equality manager who spent two decades at the disability charity RNIB, including as deputy chief executive, and is a former chair of the Law Centres Federation.

She has previously told peers that she believed the private sector had done a better job of implementing the Equality Act than central and local government.

She spoke out six years ago to warn ministers that it felt as though disabled people were “a group under siege” and that the government had been drawing false distinctions between “disabled people” and “tax-payers” and between “deserving” and “undeserving” benefit claimants.

Coleman is a policy officer with Mencap, and is a former youth worker and advocate, and has led community involvement projects and delivered disability equality training, as well as having experience as a family carer.

Kirkman is a former national disabled students’ officer at the National Union of Students, and currently works in the third sector in Scotland, conducting research and strategy projects with a small disability charity, and continues to be an active member of the disabled students’ movement.

All 14 members of the committee self-identify as disabled people.

The new appointments completed an application process that began last November. The members of the committee are set to nominate their own chair at their next meeting.

David Isaac, EHRC’s chair, said: “Improving the lives of disabled people is at the heart of everything we do and creating a strong DAC with such a wealth of expertise and personal experience across such a broad range of fields is essential to our work.

“Only by this means will the commission’s work be well-informed, relevant and effective in advancing the rights of all disabled people in this country.”