You are here: Home / Politics / UPDATED: The story of the general election campaign, in 30 news stories

The prime minister has become the third senior Conservative figure in a week to refuse to say in front of television cameras whether his party plans to tax key disability benefits after the general election. 3 April 2015

The Green party has come out ahead of Labour and the Liberal Democrats after one of the first disability-related hustings of the general election campaign. 3 April 2015

A Conservative election candidate has been caught out misleading disabled constituents about the closure of the Independent Living Fund. 10 April 2015

The Conservative party is refusing to defend its record in government on disability issues, after declining invitations to take part in three national disability-related election hustings. 10 April 2015

Disabled activists have been barred from standing as job-share candidates in at least two constituencies in next month’s general election. 15 April 2015

UKIP’s manifesto has significant policies on out-of-work disability benefits and social care, but offers little to suggest that disability rights would be a priority if the party won power. 16 April 2015

The Liberal Democrats have published a manifesto which – of the five main parties covering both England and Wales – appears to offer the most extensive series of proposals around disability rights. 16 April 2015

ELECTION 2015: Labour promises WCA reform, an end to the bedroom tax… and cuts

The Green party have included five key pledges around disability benefits and social care in their manifesto, as well as suggesting sweeping long-term plans to reform the welfare state. 16 April 2015

The Conservative party has made it clear in its election manifesto that it plans to make further sweeping cuts to social security spending, and scrap the Human Rights Act. 16 April 2015

The disabled head of a disability charity has been criticised by the charities watchdog after a full-page photograph of her was used – with her permission – in the Conservative party’s election manifesto. 17 April 2015

The Scottish National Party has pledged to block plans to cut spending on disability benefits by £3 billion by 2017-18, if enough of its MPs are elected. 23 April 2015

Plaid Cymru wants to develop an employment and social security system that does more to support benefit claimants into work, “dealing with people fairly” and “without the use of sanctions”. 23 April 2015

The Green party has been asked how it can justify calls for the legalisation of assisted suicide at the same time that it claims to be in favour of implementing the UN Convention on the Rights of Persons with Disabilities. 23 April 2015

A five-day bus tour across London has helped raise the profile of disabled people’s potential voting power in next month’s general election. 23 April 2015

UKIP is refusing to say whether it is in favour of key sections of the UN Convention on the Rights of Persons with Disabilities. 23 April 2015

The Liberal Democrats’ disabled president has told Disability News Service she is “astonished” that her party’s planned cuts to social security spending would not exempt all recipients of disability benefits. 23 April 2015

Labour’s launch of its disability manifesto has descended into chaos after major disagreements between a shadow minister and a leading disabled election candidate over how far it would go in government to address disability poverty. 23 April 2015

ELECTION 2015: Tories refuse to say which human rights they will dump

The Conservative party are refusing to say which vital protections they would scrap if they win the election and abolish the Human Rights Act. 23 April 2015

The disabled president of the Liberal Democrats has complained of her “outrageous” treatment by a conductor who refused to ask a young dad to move his child’s buggy from the wheelchair space on a near-empty London bus. 30 April 2015

ELECTION 2015: UKIP refuses to back right to life, mobility, freedom from torture…

UKIP has refused to back key parts of the UN Convention on the Rights of Persons with Disabilities, including disabled people’s right to life, and their right to freedom from exploitation, violence and abuse. 30 April 2015

ELECTION 2015: Coalition has led to in-work ‘discrimination, harassment and hardship’

Disabled workers have faced deteriorating attitudes from employers, cuts to their legal protection, and “disintegrating” long-term job prospects under the last four years of the coalition government, according to new research. 30 April 2015

The Tory minister for disabled people appears to have accidentally admitted what many disabled activists feared: that a Conservative government would cut the out-of-work benefits of people with mental health conditions if they refused treatment. 30 April 2015

ELECTION 2015: Greens agree to debate their backing for assisted suicide

The Green party has agreed to take part in a public debate with disabled activists on its pledge to legalise assisted suicide. 1 May 2015

Disabled voters who face polling station barriers at tomorrow’s general election will be able to secure free legal advice that could help them cast their vote. 6 May 2015

A disabled artist-activist’s project to “make visible the human cost of austerity” in the run-up to tomorrow’s general election has visited the prime minister’s constituency, home to one of the most high-profile victims of his government’s austerity programme. 6 May 2015

ELECTION 2015: Artist will broadcast her 650 austerity stories on eve of election

In the last hours before election day, a disabled artist-activist will highlight the impact of government cuts, with a six-hour performance in which the stories of 650 people at austerity’s “sharp end” will be broadcast over the internet. 6 May 2015

A triple-gold medal-winning Paralympian has criticised the government for cutting funding for many disabled people with high support needs. 6 May 2015

Four leading disabled people’s organisations have issued a list of 17 policies they want the next government to implement in its first 100 days. 6 May 2015

Tory work and pensions secretary Iain Duncan Smith is facing calls to apologise after he misled voters about sensitive information on benefit-related deaths that was unearthed by Disability News Service. 6 May 2015 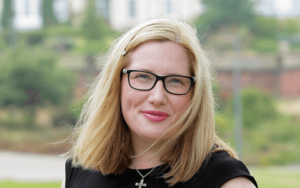 Election post-mortem: Number of disabled MPs may have fallen to just five