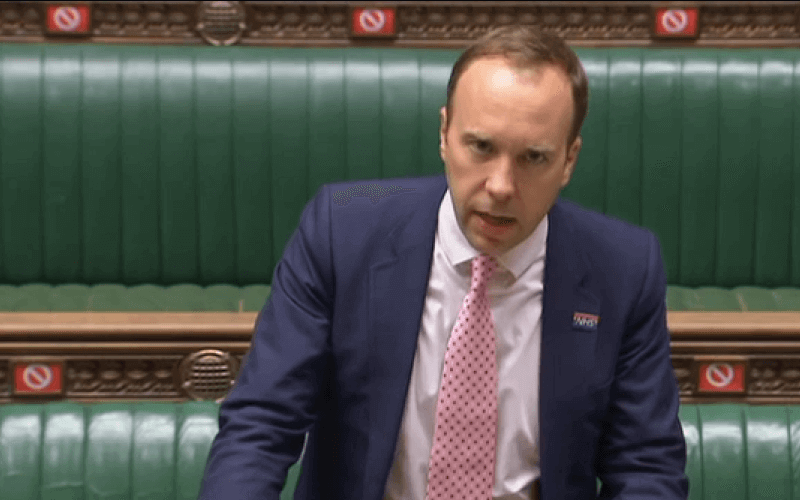 The government’s failure to prepare for disabled people needing to shield from a pandemic meant they had to develop a shielding scheme from scratch at the beginning of the COVID-19 crisis, the spending watchdog has found.

In a new report, the National Audit Office is broadly supportive of the government’s efforts to set up the shielding programme at the start of the pandemic for those in England who were considered clinically extremely vulnerable (CEV) to the virus.

The report says the programme was “a swift government-wide response to protect clinically extremely vulnerable people against COVID-19”.

But it points out that the government was forced to develop the scheme “from scratch” because an exercise commissioned by the Department of Health and Social Care (DHSC) in 2016 to assess the UK’s preparedness for an influenza pandemic – codenamed Exercise Cygnus – did not consider how to identify and shield CEV people.

The government first told CEV people to shield themselves on 22 March 2020, and it developed a scheme to provide food, medicines and basic care to those who were shielding.

But the report says there was no way to quickly identify all those who needed to shield, largely because of the challenge of “extracting usable data” from different IT systems used by the NHS and GPs.

It also says that care homes were not given detailed guidance by DHSC on how to help their residents shield, because DHSC “intended that their care would be covered by the general COVID-19 guidance provided to care homes”.

About 45,000 of the 2.2 million people who ended up being told to shield were living in care homes and by 7 December nearly 4,000 of them (3,889, or 8.6 per cent) had died with COVID-19 recorded on their death certificate. NAO said it did not have comparable data for non-CEV people in care homes.

The report says the government’s communications with CEV people were “not always clear”, while charities “reported difficulties in getting detailed evidence and information from government”.

It found that 1.3 million CEV people were added to the shielded patient list and were therefore eligible for support through the shielding programme by 12 April 2020, but another 900,000 had to be added to the list between 18 April and 7 May.

The report also describes how a contact centre set up by the Department for Work and Pensions (DWP) – through the outsourcing company Serco – tried to contact 1.8 million CEV people who had not yet registered for the scheme.

About 375,000 of the people could not be reached because of missing or inaccurate telephone numbers in NHS patient records, while another 440,000 declined to register for support when contacted, with many hanging-up or believing it was a nuisance call.

Details of those who could not be reached were then passed to local authorities to follow up.

NAO also says that about four-fifths of the more than 500,000 CEV people who received food boxes through the programme were satisfied with what they received.

DHSC has told NAO that it is unable to say if the shielding programme led to fewer deaths and less serious illness in CEV people, although it is “confident that shielding has helped to protect CEV people”.

Among the report’s recommendations, it says DHSC should ensure there is “easy, but secure” access to the necessary healthcare data for a future pandemic or civil emergency.

And it says the government should review the effectiveness of the new national shielding service system, which was introduced for the second lockdown and should allow CEV people to register their needs more easily.

The report only examines the government’s performance up to 1 August 2020.

NAO concludes that it is “evident” that the various departments involved in the programme “actively considered lessons learned”, which they applied to shielding during the second lockdown from 5 November to 2 December 2020.

In early October, DNS reported that shielders were having to rely on peer support and their own judgement to protect themselves from the pandemic, after despairing at the lack of clear government guidance.

Later that month, there was criticism of the government’s updated shielding guidance for its lack of detail and clarity, and the failure to announce new support.

The following month, there were concerns that the government had treated CEV people as “an afterthought” as new government CEV guidance was rushed out less than 24 hours before a new England-wide lockdown began.

Gareth Davies, head of the NAO, said: “The shielding programme was an important response to support clinically extremely vulnerable people asked to shield.

“It provided support to many of those most at risk from COVID-19, and delivered food to just over 500,000 people.

“However, challenges pulling together data meant it took time to quickly identify those needing to shield, and therefore eligible for support.

“Government has learnt lessons from this programme and is better placed should this type of support be required again.”

Vicky Foxcroft, Labour’s shadow minister for disabled people, said: “Labour welcomes this report and we call on ministers to take appropriate action, including improved and targeted use of funds and improved access to healthcare data.

“The government has been too slow throughout this pandemic and it must learn the lessons to properly support those who are clinically extremely vulnerable.”

She had pointed out the previous day (Tuesday) in the House of Commons that government communication with CEV people had been poor.

Despite the NAO report, health and social care secretary Matt Hancock (pictured) told her: “I am afraid I do not agree with the honourable lady one bit.”

He said DHSC writes “regularly” and “individually” to those who are shielding.