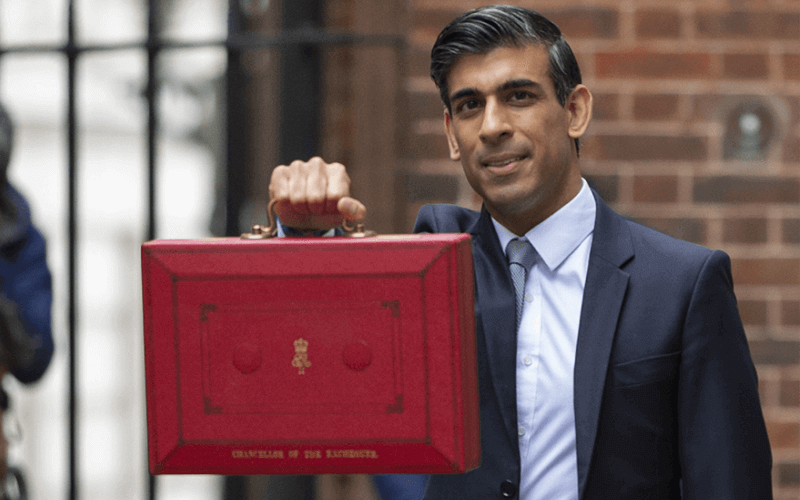 The chancellor appears to have failed to provide any new funding for disabled people in the budget and spending review, other than in education and back-to-work support, despite pledges made by ministers when launching their new National Disability Strategy.

The prime minister, Boris Johnson, said in August (PDF) that the strategy would be a “down payment” on the promise to “build back better and fairer, for all our disabled people”.

But analysis of the strategy by Disability News Service (DNS) showed it was accompanied by only £3.95 million in new funding, or just 28p for every disabled person in the UK.

And when challenged about this lack of new funding by the Commons work and pensions committee, the then minister for disabled people, Justin Tomlinson – later sacked and replaced by Chloe Smith – suggested that new funding was likely to be announced soon.

He told the committee that a “huge amount” of the work of the government’s Disability Unit in the following few weeks would be to provide evidence for individual government departments that would “strengthen the likelihood” of disability-focused funding bids being successful in the spending review, which sets departmental budgets up to 2024-25.

Despite this pledge, budget and spending review documents published yesterday (Wednesday) by the Treasury appear to include no details of any such funding being agreed by the chancellor, other than for education and the Department for Work and Pensions (DWP).

This suggests that other government departments either failed to put in any disability-related bids to the Treasury, or the Disability Unit did not provide them with the necessary evidence.

Disabled people’s organisations have previously described the National Disability Strategy as a “cynical re-packaging of current policies and current budgets” and the lack of new funding as “an insult”.

The only mention of disabled people in Rishi Sunak’s 7,800-word budget and spending review speech was to announce a significant increase in capital funding that will provide 30,000 new school places for disabled children and those with special educational needs (SEN).

The budget document says this will mean “more than tripling current capital funding levels to over £900 million by 2024-25”.

But even this will be split between funding to improve the accessibility of mainstream settings and money to build new segregated special schools, which is unlikely to be seen as a step forward for disability rights and equality.

The only other new disability-related funding appears to be an extra £156 million over the next three years to provide employment support for disabled people, which will focus on providing more DWP work coaches.

The government’s Disability Unit, DWP and the Treasury had not commented by noon today on the lack of new disability-related funding.

Meanwhile, there were some grounds for optimism in the chancellor’s announcement that government departments will see their spending increase by 3.8 per cent a year in real terms over the next three years.

But there is likely to be anger at Sunak’s claim that this proves that the Conservatives are “the real party of public services”.

That claim comes only a week after DNS reported how government-funded researchers linked post-2010 cuts to spending on social care and health by the Conservative-led coalition to more than 57,000 deaths in England in just four years.

Although local authorities in England were yesterday handed a multi-year settlement of an estimated average real terms increase of three per cent a year, this will depend on them increasing council tax by three per cent a year, and there was no new money for social care following the much-criticised reforms announced last month by the prime minister.

Cllr David Fothergill, chair of the Local Government Association’s community wellbeing board, said: “Social care has been on the frontline throughout the pandemic and it is disappointing that no additional funding to address existing pressures on care and support have been provided.”

Probably the most unexpected of Sunak’s announcements was a cut in the universal credit (UC) “taper rate” from 63p to 55p.

This will mean that a claimant’s UC payment will be reduced by 55p, rather than 63p, for every £1 they earn above their work allowance.

The government will also increase the work allowance – the amount that households with children or a member with “limited capability for work” can earn before their UC award begins to be reduced – by £500 a year.

Sunak said that nearly two million families would keep, on average, an extra £1,000 a year as a result of these UC measures.

But Inclusion London pointed out that, although the cut in the UC taper rate was “welcome news”, disabled people who are out of work will not benefit.

Sunak failed to reverse the decision to end – earlier this month – the temporary £20-a-week “uplift” that was handed to all universal credit claimants at the start of the pandemic.

Disabled campaigners said the budget was – again – focusing government support on those in work, while those who are not working, or cannot work, including many disabled people, face continuing rises in the cost of living with no such government support.

Disabled campaigner Kaliya Franklin, who was a leading member of the grassroots Spartacus Network that researched issues on disability and social security, said on Twitter this morning: “Sunak is too slick to say ‘on yer bike’ but his actions are all about creating such desperate poverty that it forces people into work. And to move.

“Without any recognition of the millions not expected to work because they are caring for young children, sick or disabled.”